Now this is a hard question to answer and I think both of them are great and at the height of their unique styles.

Pacino was brilliant in Scent of a Woman, matter of fact he pulled the movie on his own strength, but the success of the movie also spoilt him. Producers wanted him to play the same old cynical, who finds redemption in the end. It is not that the actor was completely dead and buried; his Shylock in The Merchant of Venice was one of the best performances in recent times.

Robert De Niro, on the other hand, had the knack of slipping into the character effortlessly, though for some time he was also getting stuck in the “Gruff, hard talking» gangster kind of roles. That was the reason he quite often kept switching to the comedy movies.   De Niro undoubtedly is great for all those who love gestures more than voice.

There will always be Serpico, Dog Day Afternoon, The Godfather, and Scent of a Woman. Pacino at his best-classic. But, Robert DeNiro has been willing to take risks as an actor, and as a result, has grown and become everybody’s favourite hero, villain, father, and boss.

One of the most important things for learning a new language is practicing, so come to all the activities, learn a lot and enjoy yourself. 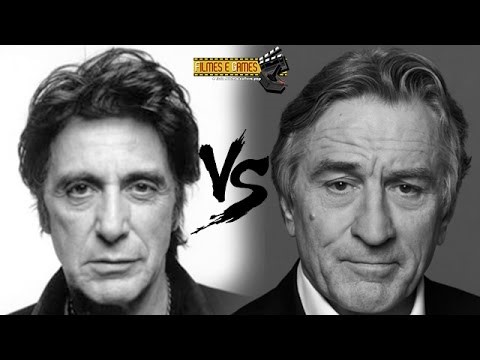 Welcome to this activity created by Team Leader Ms. María de los Ángeles Zimbrón Ortiz from Polanco Branch. Take note of all the pink words, read the text, watch the video and answer the question in the comment section below.