Walt Disney Co. and Warner Brothers Co. have been for many years the two biggest animated film studios and have been in competition since the 1930´s. Their iconic characters Mickey Mouse and Bugs Bunny (a hare) respectively, have now become their symbol/mascot as well.

Other popular characters from Disney are Donald Duck, Minnie Mouse, Goofy, Pluto and moreand Porky Pig, Daffy Duck, Elmer Fudd, Sylvester, Tweety and Yosemite Sam from Warner Bros. These characters have enthralled and amused children and adults for many years and this rivalry between these two companies have created incredible master pieces of entertainment.

If you want to know more about Walt Disney films and Warner Bros cartoons you can get into these links: 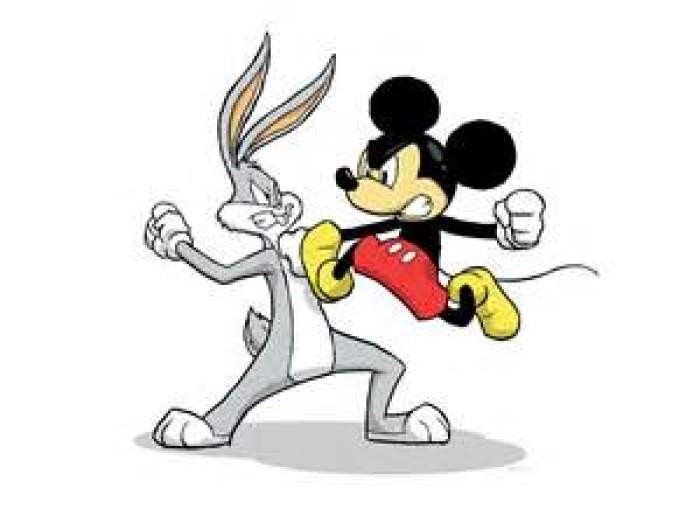