Neil Alden Armstrong was a NASA astronaut most famous for being the first person to walk on the moon, on July 20, 1969. An accomplished test pilot, Armstrong also flew on the Gemini 8 mission in 1966. He retired from NASA in 1971 and remained active in the aerospace community, although he chose to keep mostly out of the public spotlight. Armstrong died Aug. 25, 2012, at age 82. In 1962, Armstrong was selected with NASA’s second group of astronauts, who flew on the two-seat Gemini missions to test out space technology, and the three-seat Apollo missions that ultimately took 12 people to the surface of the moon.

In that moment when Armstrong was ready to plant the first human foot on another world. With more than half a billion people watching on television, he climbs down the ladder and proclaims: «That’s one small step for a man, one giant leap for mankind.» And that’s how he got this famous quote.

A really great tip that helps you improve your pronunciation, is to record your voice in your phone any time you want to read something in English out loud. This how you will hear yourself and you will practice your entonation and volume. 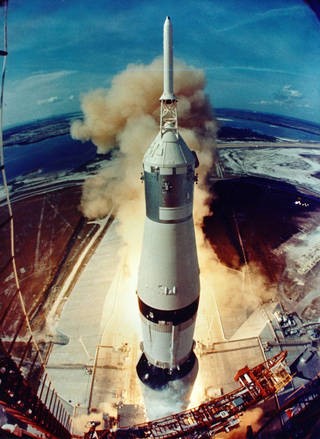 Welcome to this activity created by Junior Advisor Ms. Cynthia Carmona from Narvarte Branch. Take note of all the pink words, read the text, watch the video and answer the question in the comment section below.