The Little Match Girl is probably one of the most known New Year’s Stories, yet there are a few versions with some differences between them. The original tale written by Hans Christian Andersen tells us about a poor little girl, bareheaded and barefoot, trying to sell matches during a cold and windy night. Sadly, she hadn’t been able to sell any that night, which made her avoid going home penniless, for her father would punish her severely.

Little by little, she started to use the matches to keep herself hot, and with the flames came beautiful visions, such as a large iron stove, a dining room with a roast goose stuffed with apple and dried plums. Her next vision was a beautiful Christmas Tree, the biggest one she had ever seen, but all of them faded when the match went out.

Her last vision is of her grandmother, the only person who had ever loved her, and the little match girl begged her to take her along when the match fades. Her grandmother took the little girl on her arm and both flew to joy, far from cold and hunger. Meanwhile, in a corner, sat a poor little girl, with rosy cheeks, frozen to death.

Reading classical tales is a great way to acquire new vocabulary and practice different structures, because you have the advantage of already knowing the story! 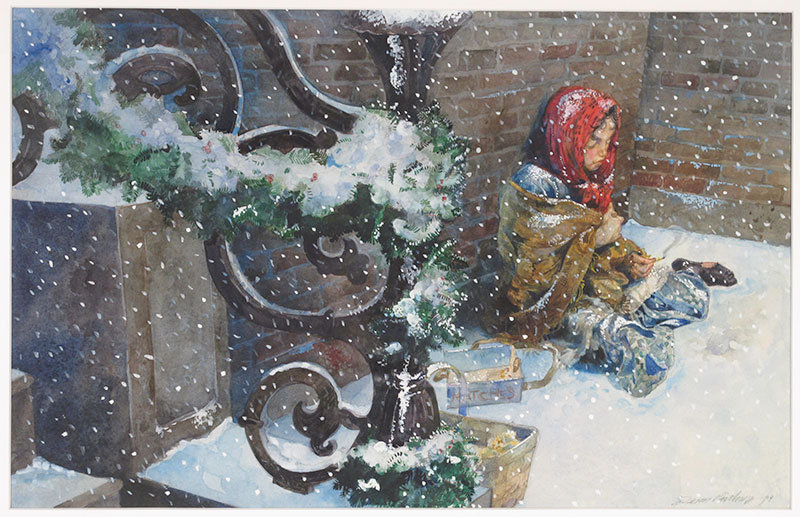 Welcome to this activity created by Team Leader in Charge Mr. Braulio D. López Vázquez from Polanco Branch. Take note of all the pink words, read the text, watch the video and answer the question in the comment section below.