We’re in awards season and we have already seen the winners for the Golden Globes, SAG Awards and many others which celebrate the best of cinema and television. However, there’s an award nobody wants to receive: The Razzie Award.

The Golden Raspberry Awards, also known as Razzies, is a prize awarded for “failure in cinematic achievements”. The worst of Hollywood wins a Razzie award each year since 1981.  There are different categories such as: worst actress, worst actor and worst picture.

They’re called raspberry for the meaning of the phrase “blowing a raspberry”, this means to make a noise with your lips to simulate a flatulence. This expression normally means you dislike something in a really childish way.

Some of the nominees this year are Melissa McCarthy for Happytime Murders and Helen Mirren for Winchester. For actor we find Johnny Depp (for Sherlock Gnomes and Donald J. Trump (as himself) in Death of a Nation. For worst screenplay we obviously find Fifty Shades Freed and for worst picture there will be a battle between: Holmes & Watson, Gotti, Robin Hood, Winchester and The Happytime Murders.

Watch the nominated movies and describe in English why you think they deserve the Razzie Award. 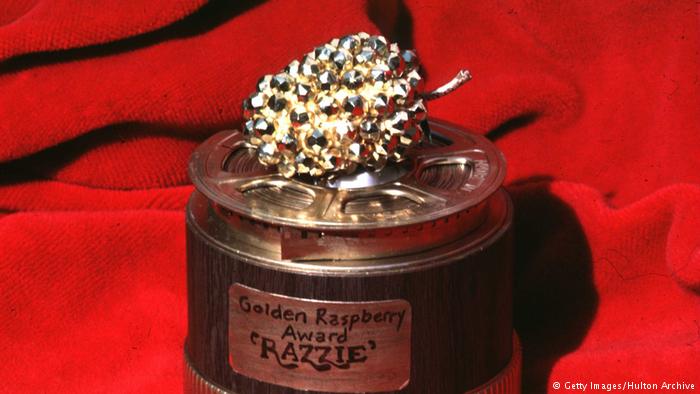