The fall of the Berlin Wall had begun with the building of the Wall in 1961. However it took about three decades until the Wall was torn down. Several times people in the Communist countries rised up against the Communist system but they failed. The victims of the uprisings against the Communist dictatorship in Berlin 1953, Budapest 1956 or Prague 1968 will never been forgotten.

At 06.53 pm on November 9, 1989 a member of the new East German government was asked at a press conference when the new East German travel law comes into force. He answered: «Well, as far as I can see … straightaway, immediately.» Thousands of East Berliners went to the border crossings. At Bornholmer Strasse the people demanded to open the border and at 10.30 pm the border was opened there.That moment meant the end of the Berlin Wall.

Soon other border crossing points opened the gates to the West. In that night the deadly border was opened by East Germans peacefully.

If you want a better understanding of this situation you can read it here: 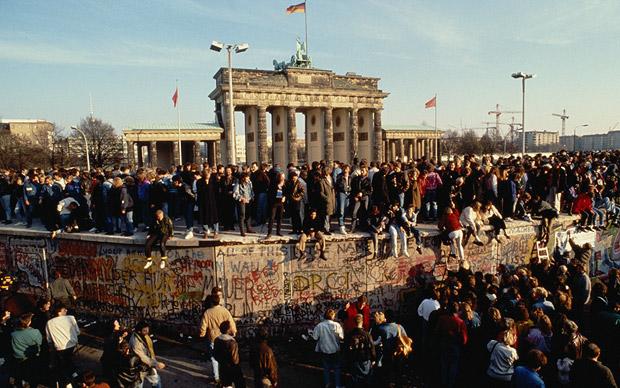