Since the world cup of 1962, music has been an official part of this main sports event. Songs and anthems, this are rhythms that bring joy, feelings of glory and inspiration for those who wait four years until this magnificent tournament, now almost every musician celebrate this occasion, from songs interpreted by local artists, to the globalized mainstream hits of recent times.

Among all the music that the world cup has given to us, there is one anthem that shines above the others, the official song of the 1998 World Cup in France, “The cup of life” by Ricky Martin. This song topped the charts around the world for several weeks, converting it in the first globalized mainstream song of a soccer world cup. In numbers, this single sold around 1, 563, 756 copies, and although it was released long before the digital era, it has already sold 141, 000 digital copies, only in the USA.

Knowing this, we can say that “the cup of life”, written by Draco Rosa and performed by Ricky Martin is not only an official tune that involves the atmosphere of a world cup, it’s also an anthem for a lifetime.

Try to use the new words that you have learn while you analyze another song. 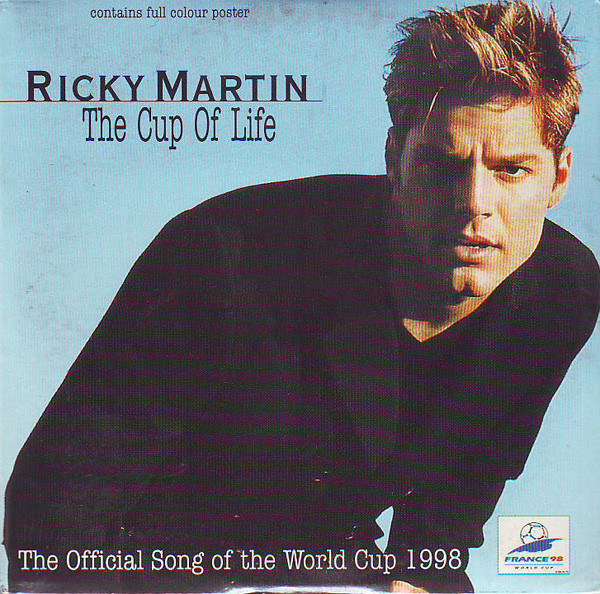