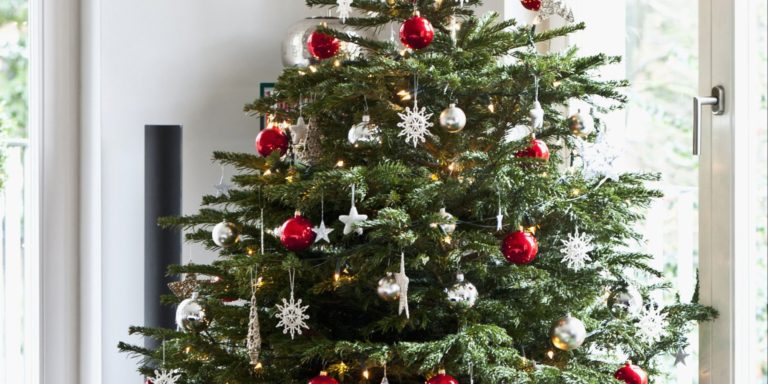 The Christmas tree is the most famous icon that represents the season. Even in countries where the Christian beliefs are not rooted like Japan, you can find this symbol as decoration. But, where does it come from? Do you know its history? Find it out on this article.

This tradition is bound to the Christian religion. Christmas itself is a celebration in honor of the birth of Jesus, however, the tree has beenused in different cultures as a symbol of life and its capacity to be reborn every spring.

The inception of this tradition is pagan, this action of bringing evergreen branches into their homes was in order to light up the place. All the trees and plants died during winter, but having evergreen as a reminder of greener times, helped them through harsh weather.

The evergreen plants and trees have been used for thousands of years to bring hope into the home, it represents fertility and it was used as a good luck charm. In ancient Rome people decorated their temples with evergreen to celebrate Saturnalia and the Egyptians used palm rushes to worship their god Ra, which represented the sun.

The Christmas celebration itself is pretty confusing, historically speaking. If you read a bible you won’t find a specific date for the birth of Jesus, the first Christians weren’t sure about the date either. The date was probably set because of the pagan celebration of Saturnalia at the winter solstice. Many pagan traditions tried to be eradicated but people were so clung to them that it was nearly impossible.

Instead, the pagan traditions were transformed to have a Christian meaning. The Christmas tree, according to a legend, began with the English Monk Boniface who one day encountered pagans worshiping the Norse god Thor in front an oak tree. The monk took an axe and cut the tree down to stop them from worshiping a false deity. The tree and its shape got a different meaning, the triangle began to represent the holy trinity. 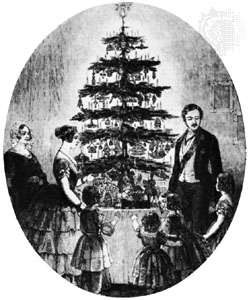 In America, this symbol was still considered foreign and pagan, until a drawing in a newspaper showed Queen Victoria from Britain, around a Christmas tree in 1846. The modern tradition of the tree was originated in Germany and Victoria’s mother was German, therefore she grew up with this tradition. The image was so popular that it started the phenomenon we see nowadays in this season.

At first, the tree was decorated with apples, gingerbread and nuts. Later, people added candles and when light bulbs were invented, they replaced the candles.

With the industrial revolution and advertising, Christmas transformed into the commercial colossus it is today. So now you know, the Christmas tree tradition is older than the birth of Jesus and has had different meanings throughout the centuries.

How do you decorate your Christmas tree each year? Practice your English and tell us about it in the comment section bellow.