By 1991, it could no longer maintain the normal functioning of its civil economy  and run its enormous military-industrial complex at the same time. The Kremlin had to choose, for the first time since WWII.

Lenin and Stalin would have chosen the military. Population would have started to revolt, and they would have quieted it all down by an epic blood-letting and strangulation. The North Korean Kims did that in the 1990s, and it worked.

Gorbachev and Co didn’t feel like murdering people. They pulled the plug on the military. Gorbachev got a Nobel prize for that from humanity, and an undying hate from the entire Russian nation for all posterity.

The military-industrial complex (a good half of the economy, or more) ground to a halt, entire cities in provinces shut down, troops went hungry, and it rippled throughout the whole country to Moscow.

The USSR was a Communist empire that consisted of several ethnic republics. When money stopped coming from Moscow, and the fearsome Soviet machine of suppression and control ran dry for fuel, the ethnic elites didn’t see any reason to subjugate themselves to Moscow.

The fifteen republics went every each way. The USSR project was finished. 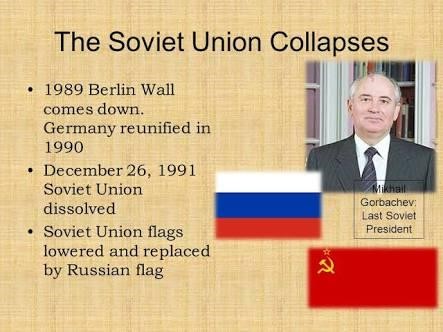