After graduation Ariyoshi started working in a publishing company, she contributed to literary journals and began publishing short stories. Her early works were about the role of the artist in society and according to Wikipedia The doctor’s wife is considered her best novel, it is her third novel.

The doctor’s wife is an historical novel based on the life of the famous Japanese doctor Hanaoka Seishu. The doctor’s wife is Kae, a young woman from a wealthy family, who is seduced to become Seishu’s bride by his ambitious mother Otsugi, a woman married from a wealthy into a poorer family.  The novel then talks about Kae’s life in this extended family house as Seishu develops his medical skill and training until, near the end, he performs the world’s first surgery under anaesthetic. While the novel mentions Seishu’s development as a doctor the real plot is about the relationship between Kae and Otsugi. 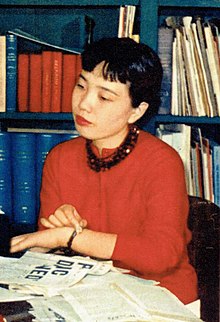 Try to read as much as you can, it is going to help you to increase vocabulary, fluency, pronunciation, intonation and reading comprehension.