Jianbing is one of China’s most popular street breakfasts. And while all manner of Chinese buns and dumplings have spread well beyond the country’s borders, it also might be China’s best-kept culinary secret. The savoury crisp-fried crêpes are all about contrasts of flavour and texture: eggs, spread over the surface of the wheat and mung bean flour pancake as it cooks.

Every metropolitan neighborhood across the People’s Republic has its own jianbing vendor serving breakfast from dawn through mid-morning, satisfying hungry locals on their way to work. Jianbing stands are the ephemeral breakfast architecture of every Chinese city. At around five in the morning, the vendors appear with everything they need, packed on the back of a bicycle or motorbike: A heavy circular grill, a few tubs of ingredients, and a tin box for collecting their takings. Oh, and about twenty dozen eggs, precariously stacked in cardboard trays tied together with raffia string.

For jianbing, there is always a line. You might be late for work, or filled with ravenous hunger, but that’s all irrelevant to the vendor behind the griddle. To preserve the crispness of the pancake and fried wonton filling, jianbing are never cooked ahead of time, so waiting for your turn is part of the culture.

Want to learn how to cook this delicious recipe? Here’s a link to the recipe. Be sure to add your favourite ingredients! 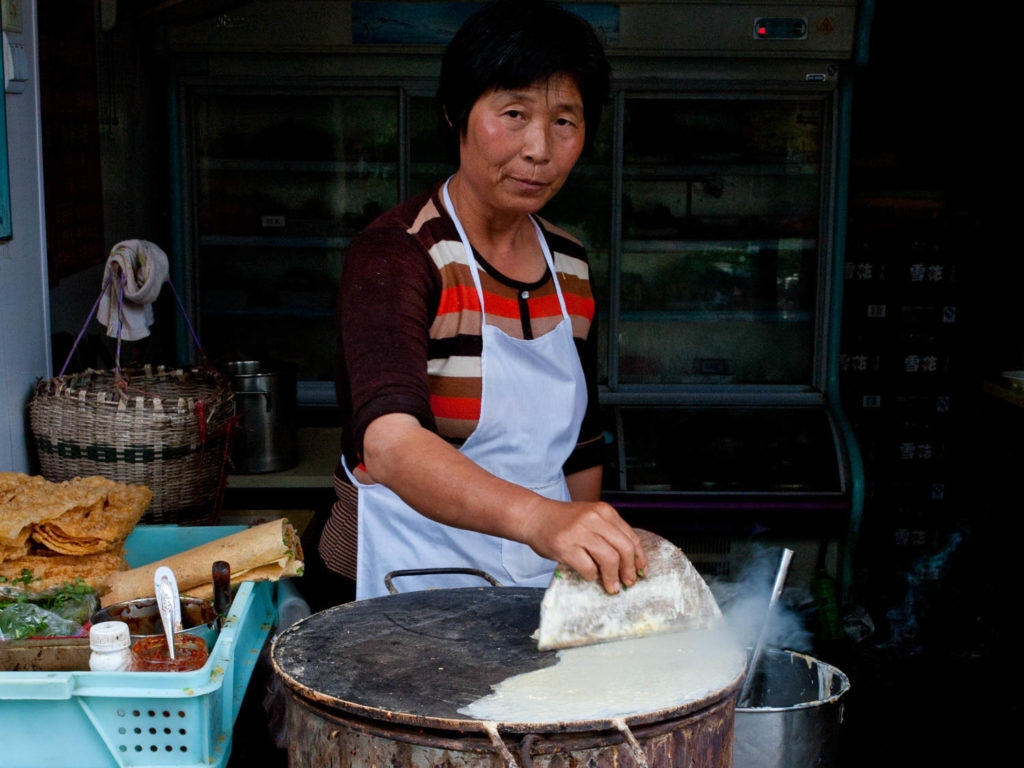 Welcome to this activity created by Junior Advisor Ms. Aleen Luna from Polanco Branch. Take note of all the pink words, read the text, watch the video and answer the question in the comment section below.