The monastery had been founded by St. Seraphim of Sarov, yet it had been turned into a frightful ruin. The gutted remains of what was left towered over the pathetic Soviet “regional center” into which the once glorious and flourishing town of Diveyevo had been transformed. The authorities didn’t bother destroying the monastery completely. Instead they deli­berately left the ruin standing there as a memorial of their triumph, as a trophy of their perpetual enslavement of the Church. By the Holy Gates of the monastery, they put up a monument to the leader of the Revolution—Lenin—whose arm was raised to the sky in mocking greeting of anyone who came to the devastated monastery.

The convent is famous because Saint Seraphim of Sarov served as Staretz (Elder) for the nuns of this monastery, though he only travelled to the convent once during his lifetime. He was a monk at the nearby monastery of Sarov. After the fall of communism, his relics, which had been feared lost, were discovered in the storeroom of a «museum of atheism» in Saint Petersburg and solemnly transferred to the Seraphim-Diveyevo monastery, which has come to be named after him. 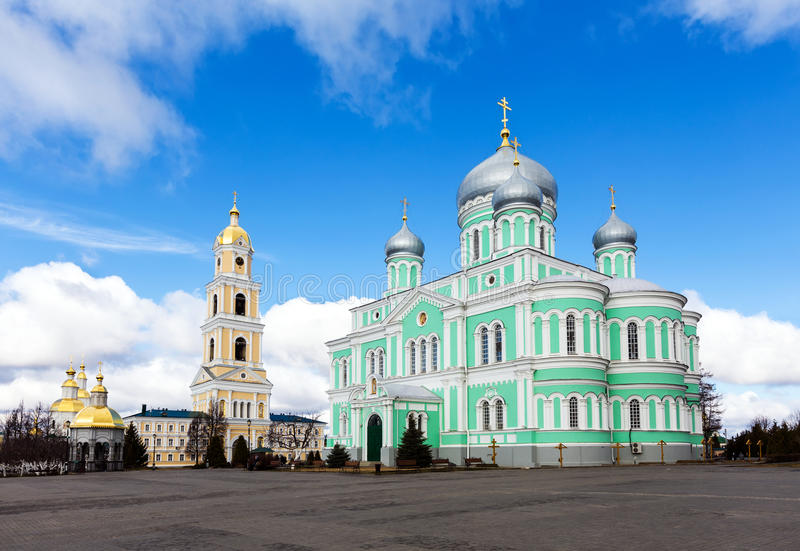 Welcome to this activity created by Junior Advisor Ms. Michelle Mejido from Narvarte Branch. Take note of all the pink words, read the text, watch the video and answer the question in the comment section below.