Hello guys, today we are going to be talking about the famous and known book of Rudolph the red-nosed reindeer. The first edition of this book came out in the year 1939, was written by Robert L. May, and published by Montgomery Ward.

The story goes like this, it’s been said that Santa Claus had nine reindeers: Dasher, Dancer, Prancer, Vixen, Comet, Cupid, Donner, Blitzer and Rudolph, this one had a special quality that Santa noticed one night. Rudolph’s nose was bright at night, so Santa asked him if he could be the lead of the sleigh, Rudolph accepted and since that day the rest of the reindeers were jealous about him. But personally I think the story in general leaves a really worthy message.

This story became so famous, that we have been able to see it in some movies (Santa Clause second part, Arthur Christmas or Annabelle’s Wish) and series where there is a reference about the reindeer (Sesame Street, The Flight Before Christmas or South Park), and a lot of Christmas songs (Run Rudolph Run) that include or talk about the most famous reindeer of all times.

If you want to feel the christmas spirit, the book from Rudolph the Red-Nosed Reindeer is going to be perfect for you. 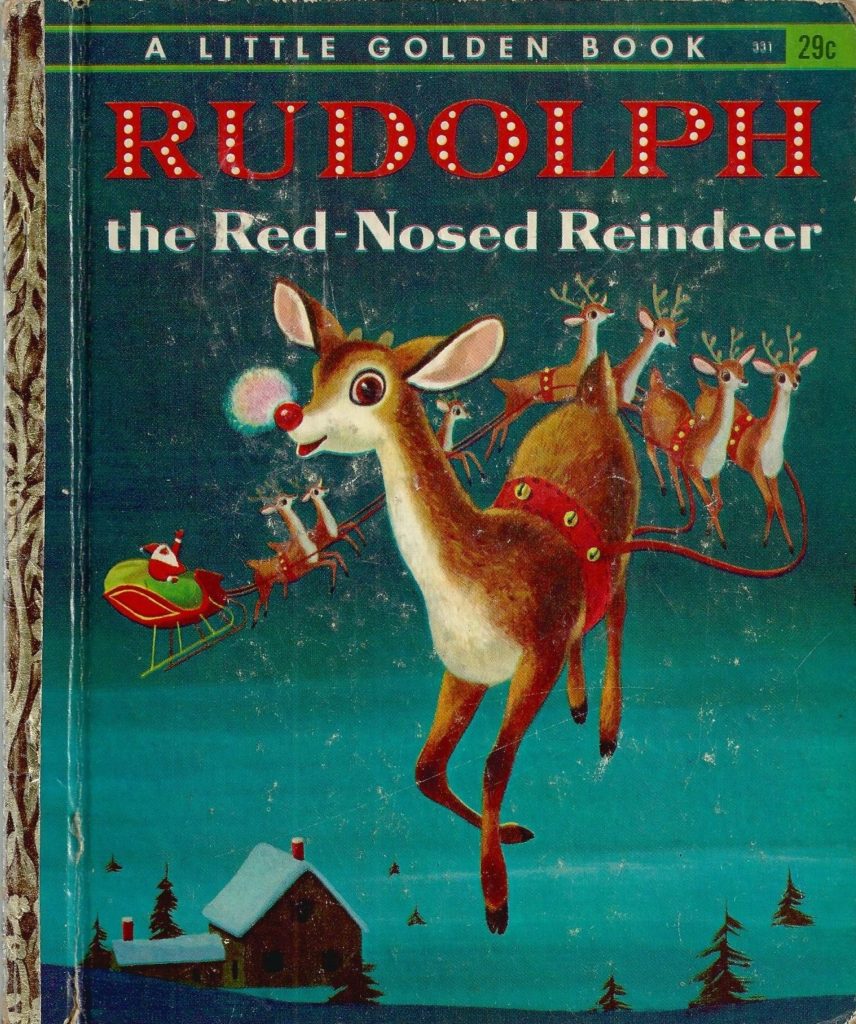 Welcome to this activity created by Junior Advisor Ms. María José Elizalde Dávila from Satelite Branch. Take note of all the pink words, read the text, watch the video and answer the question in the comment section below.