On June 3 of 1997, Brazil was playing against France in the opening game of a friendly tournament called Le Tournoi. The iconic left-back stepped up and smashed a free-kick from fully 35 yards with his left foot .It appeared for all the world to be heading out harmlessly — if quickly — for a goal-kick some 20 yards wide of the post. However, amazingly, it curled back round and found its way past Fabien Barthez, kissing the left-hand post on the way in. The deceived French goalkeeper had hardly moved.

Two decades later, Roberto Carlos says he is still impressed when he sees footage of his kick.»To be honest, until this day I don’t know how I did that,» he jokes, in an exclusive interview with ESPN Brasil.

«It was a beautiful goal. It required a lot of training and hard work throughout my career. But that hard work paid off, as I was able to score such a wonderful goal, which was a special moment for me.»

When the famous free kick happened, physicists from all around the world were baffled by the images. That goal was the catalyst for lots of studies and analysis about aerodynamics.

Check this video for improving your listening and if you like football try to imitate this fantastic goal. 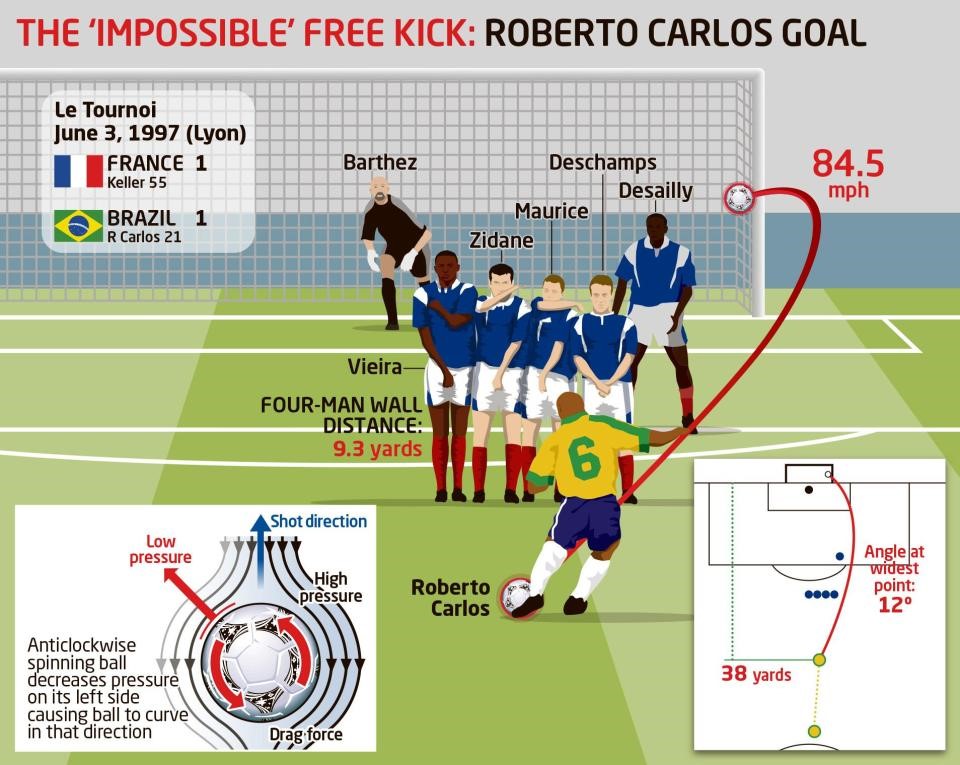 Welcome to this activity created by Learning Advisor Mr. Alonso King Becker from Coapa Branch. Take note of all the pink words, read the text, watch the video and answer the question in the comment section below.