The Peterhof Grand Palace is a part of palaces and gardens, laid out on the orders of Peter the Great. These palaces and gardens are sometimes referred as the «Russian Versailles». The palace along with the city center is recognized as an UNESCO World Heritage Site.

After WWII, Peterhof was largely left in ruins. Hitler had intended to throw a party here when his plans to occupy the Astoria Hotel were thwarted. He drew up pompous invitations, which obviously got his Soviet foes angry. Stalin’s response was to avoid any such celebration by bombing the estate himself, in the winter of 1941–42, so it is ironic but true that most of the damage at Peterhof occurred at the hands of the Soviets. What you see today is largely a reconstruction; the main palace was completely gutted and only a few of its walls were left standing.

The Grand Palace is an imposing building, although with just 30-something rooms. From the start of June to the end of September it is open to foreign tourists only between noon and 2pm, and again from 4.15pm to 5.45pm (to 7.45pm on Saturdays), due to guided tours being only in Russian at other times (it is quite possible to leave your group, however).

The Peterhof Grand Palace is a great example of how something can be reconstructed even from a huge destruction and still be something incredible, it may take time for you, but a learning process is long but in less time from what you may expect, you will find yourself with something incredible as well! 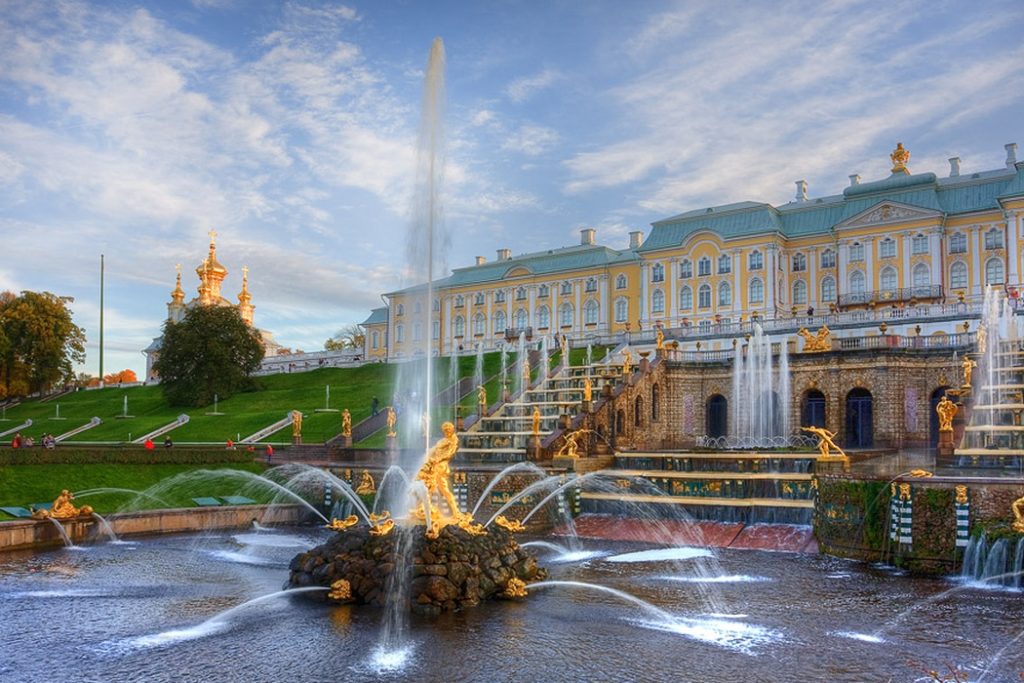 Welcome to this activity created by Junior Advisor Mr. Juan Manuel Loya Flores from Narvarte Branch. Take note of all the pink words, read the text, watch the video and answer the question in the comment section below.