Ozzy Osbourne it’s one of the greatest, and most gruesome, legends of rock and roll. Achieved infamy overnight after an incident on Jan. 20, 1982, in Des Moines, Iowa. He used to have a drug problem, Osbourne was performing when an audience member threw a bat onstage.

The singer, thought that it was rubber, but he bit the head off as a stunt just to find out the bat was real and alive. Not only that, as he would disclose in the liner notes to the 2002 reissue of Diary of a Madman, after that the bat biting him as well, which forced him to be treated for rabies. After the show, he went to a local hospital for rabies shots. Alive or dead, the bat wasn’t the first animal to lose its head to Osbourne’s teeth.

Pam Culver was the nurse supervisor on duty that night when Osbourne’s tour bus rolled in. She didn’t personally treat the rocker, but she did weather the aftermath of his visit.By October 1982, auditorium directors had decided «to prohibit concert performers from using, presenting or in any way making live animals a part of a program at Vets without the consent of management.» 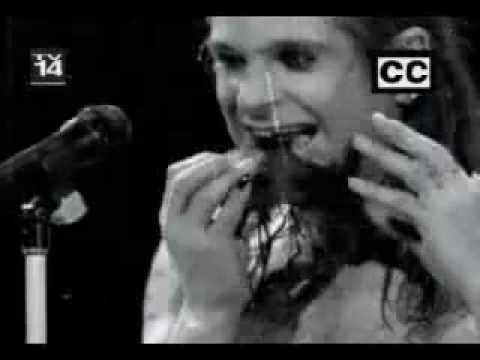