ngkarn was born in Nakhon Si Thammarat Province in Southern Thailand. His father was a sub-district headman (kamnan). As a high school student, he started writing poems. He was admitted to study painting at the art-specialized Silpakorn University where he was taught, amongst others. In the 1950s, he became a professional writer. He deviated from the traditional schemes and rules of Thai poetry, which initially drew him in criticism. Angkarn won the S.E.A. Write Award in 1986 and was named National Artist of Thailand in the field of literature in 1989. Next to his poetic works, Angkarn was noted for his drawings and paintings.

Angkarn was married and had one son and two daughters. In 2006, he supported the People’s Alliance for Democracy («Yellow Shirts») in their protests against Prime Minister Thaksin Shinawatra. After suffering from a long-term heart disease and diabetes, Angkarn died at the age of 86 in Samitivej Hospital, Bangkok.

It is the hell or heaven of other people
we pick up that can be a spark
whether they are beautiful
flowers, flowers in bloom
never choose the flames of war. 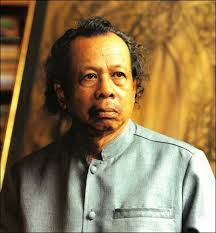 Reading will give you more ways to express what you think and what you feel, in that way, you may have a better communication when you travel to other countries.

Welcome to this activity created by Learning Advisor Mr. Joel A. Franco Zamudio from Polanco Branch. Take note of all the pink words, read the text, watch the video and answer the question in the comment section below.