The Iberian Lynx is one of the most endangered animals in Europe. Only 404 cats live in the Mediterranean forests of the Iberian Peninsula. Back in 2002 The Iberian Lynx had a shrinking population of less than 100 individuals.

Thanks to the effort taken to prevent the Iberian Lynx’s extinction, a new ambitious conservation project, LIFE Iberlince, is recovering some of the lynx’s lost territories in Spain and Portugal. The Iberian lynx is heavily spotted and weighs about half as much as the Eurasian species, with long legs and a very short tail with a black tip. Its coat is tawny with dark spots and it bears a characteristic «beard» around its face and prominent black ear tufts. They can Weight from 10 to 13kg and their height could be from 88 to 100cm. The Iberian lynx mostly depends on wild rabbits to feed, but it will also eat ducks, young deer and partridges if rabbit densities are low. While an adult lynx needs about one rabbit a day, a mother raising her young needs to catch about 3.

The Iberian lynx has been brought to the brink of extinction because of a combination of threats like Decreasing food base, Car hits,Habitat loss and degradation, and Illegal Hunting.

Read about the endangered species in your country. 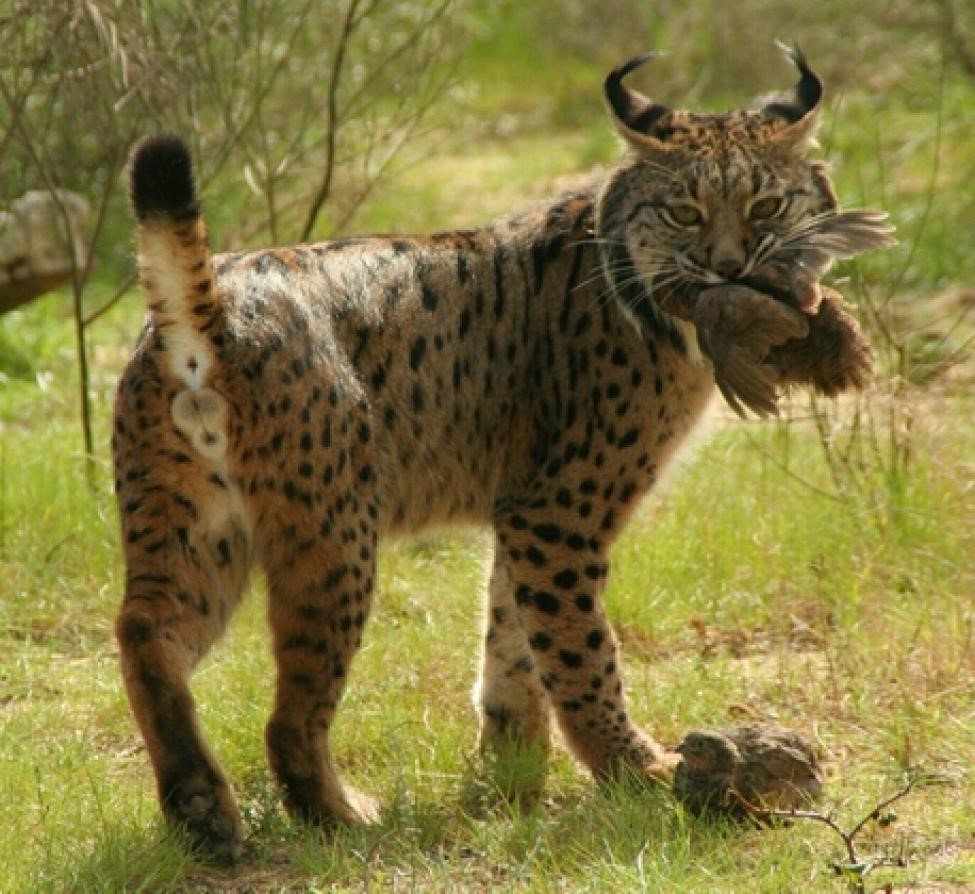