Russian State Museum, Russian Gosudarstvenny Russky Muzey, museum opened in St. Petersburg in 1898 as the central museum of Russian art and life. It is housed in the buildings of the former Mikhailovsky Palace, designed by Karl Ivanovich Rossi and built in 1819–25.

The buildings were converted to a museum in 1896–97, and the museum was expanded considerably after the Russian Revolution of 1917, when many private collections were confiscated and added to the Russian State Museum. The central building houses art from the 10th century to the revolution, including a comprehensive collection of painting and sculpture from the 18th and 19th centuries and an excellent collection of early Russian art, with fine icons dating from the 12th to the 14th century.

In addition, there are collections of late 19th- and early 20th-century paintings, portraits, and applied arts and an ethnographical museum.

Watch the video and discuss about the paintings and sculptures you can see in the museum. 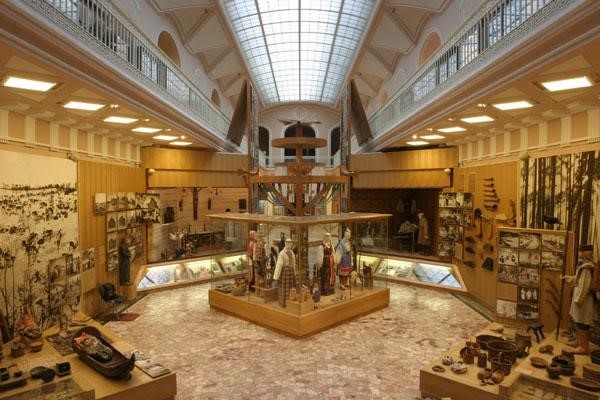