MTV is an exclusive music TV channel which its first program was released no February 1st in 1981, with its first musical video being “Video Killing The Radio Star” from The Buggles; its second video released was “You Better Run” from Pat Benatar.

Since its release, MTV has changed a lot, becoming nowadays as MTV Networks which has grown a lot, reaching more than 71 million subscribers only in the USA, and more than 301 million subscribers worldwide, becoming the musical channel par excellence. Its main market is directed towards young persons (11-34 years old), a big range indeed, with its popularity also came the fame to its VJ or Videojockeys (MTV broadcasters and presenters).

This channel has boosted many artists during their careers, also has helped with the advertising and releases of many albums, such as Michael Jackson, Madonna, Britney Spears, Eminem, Lady Gaga and many others.

Nowadays, MTV has changed completely its programming towards live-action and reality shows, to such degree that the channel has quit since 2011 the Music Television from its trademark, making sure that its followers know that MTV is not an only-music channel anymore.

Today MTV is a huge conglomerate that features Nickelodeon, VH1, MTV Jams, MTV Soul, VH1 Soul and VH1 Classics, as well as having its own spanish-language transmission. In July 2004, MTV started to release an only-spanish magazine in Spain.

Listen a song with the lyrics and sing! It will help you to have a better pronunciation. 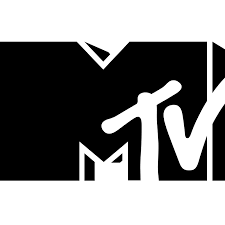 Welcome to this activity created by Junior Advisor Mr. Rodrigo Valdes Uhthoff from Santa Fe Branch. Take note of all the pink words, read the text, watch the video and answer the question in the comment section below.