The most important and outstanding competitive duel that soccer has seen since the beginning of the sport in 1863 is in its final stage. The importance that both players have, not only in the sports field, but in the general culture, is of great importance at the moment of mentioning important events in recent times within the physical culture and sports competitions.
The confrontation and the comparisons between both players began in the 2009-2010 season. When Messi won his first gold ball and golden boots, as well as the Club World Cup, the Spanish League Cup, the UEFA Cup with FC Barcelona.The world class level of Ronaldo and Messi had no public discussion. However, Messi was getting more titles,  talking about group titles as well as individual records.

Ronaldo was overwhelmed by Messi’s dominance. However, in the 2013-2014 season began the competitive comeback of Ronaldo when he won his first gold ball, as well as the UEFA Champions League and the King’s Cup with Real Madrid.The two soccer stars have dominated the sport since the last decade. And now the time has come to face once more. Who’s the best? It’s time to express your opinion and share what you know about these two super stars.

Search and inquire about both players achievements and professional records, as well as won competitions to do a comparison. 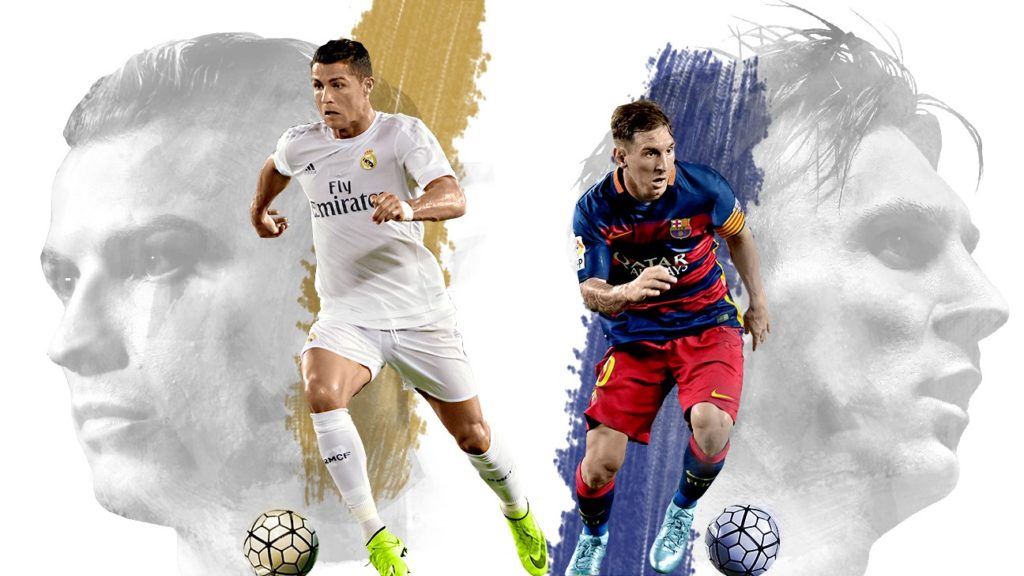 Welcome to this activity created by Junior Advisor Mr. Adrian Ibarra Guillén from Satelite Branch. Take note of all the pink words, read the text, watch the video and answer the question in the comment section below.