Nowadays, it’s hard to find a symbol from Russia more popular than the traditional Russian nesting doll. These decorated wooden dolls are also called matryoshka dolls or babushka dolls. They are recognized even in the countries thousand miles away from Russia. Their simplicity and originality attract the fans of Russian folk art from around the world. These bright and picturesque Russian nesting dolls decorate the chimneys and bookshelves in the homes of thousands of Russians.

But, How are Russian nesting dolls made?

It takes a lot of skill to make a Matryoshka dolls set. Traditionally, these dolls were made from linden or birch and their production would have involved the participation of the whole family. The dolls of the cylindrical form have been painted in different ways: it could be a peasant girl dressed in a sarafan and a headscarf, a man or a child. Matryoshka dolls are often painted holding a basket full of berries, bread, or a bunch of colored flowers in their hands.

The production process would have begun with the smallest, innermost doll that was lathed from a single piece of wood and wouldn’t separate as opposed to the larger figures. The number of nested dolls in a set could vary from two to sixty however a classic set normally included five nested figures. The carved dolls were covered with special glue to fill the cracks and reduce the roughness, after which the dolls were painted to follow a particular theme.

Read about other Russian traditions and customs in English. You will improve your language and knowledge about this country. 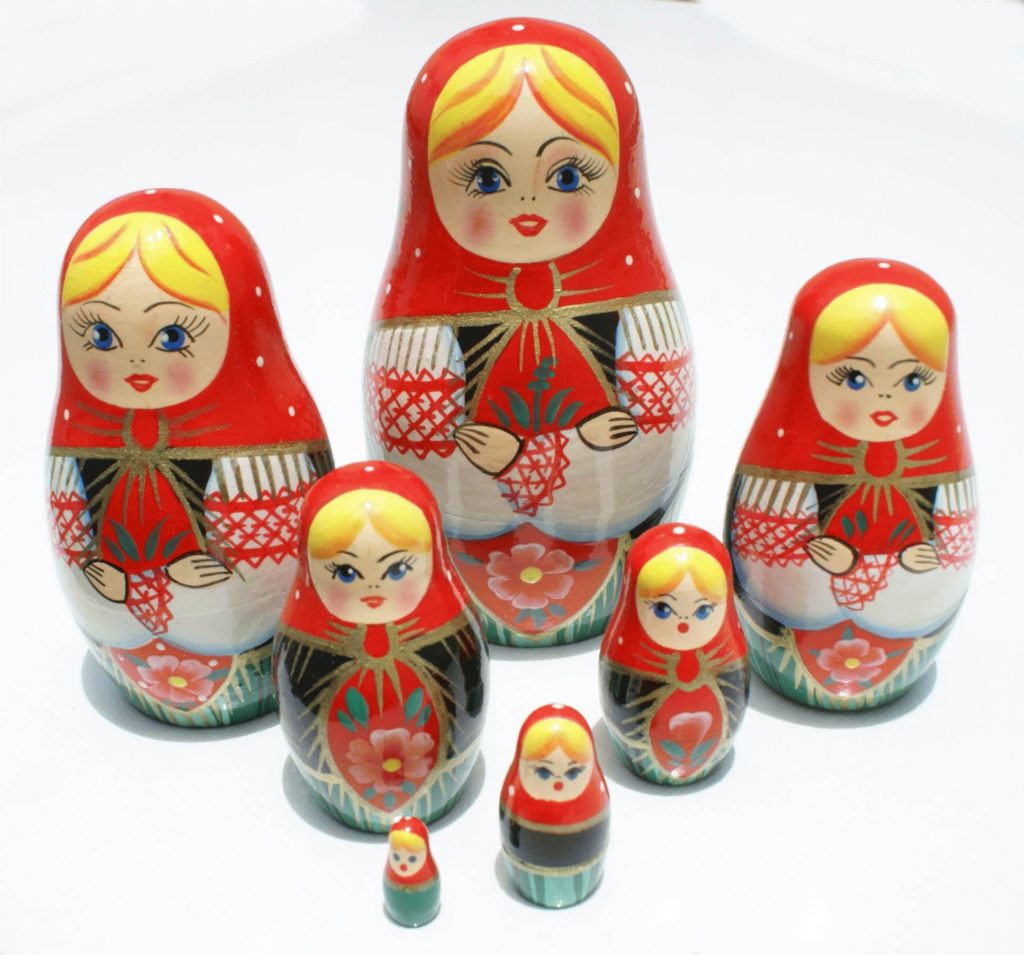 Welcome to this activity created by Learning Advisor Mr. Hugo Enrique Sánchez Arias from Reforma Branch. Take note of all the pink words, read the text, watch the video and answer the question in the comment section below.