London Calling, the third album by English Rock Band The Clash, was released on December 14th, 1979 in the United Kingdom and January of 1980 in the United States. The album’s overall theme is post-punk, incorporating a wide variety of music styles ranging from punk, reagge, rockabilly, ska, hard rock, pop, lounge jazz, and New Orleans R&B.

London Calling has impressive subject matter coverage, topics ranging from racial conflict, unemployment, drug use, safe sex, and social displacement. The final track on the album, “Train In Vain”, was intended to be a giveaway promotion deal with NME, but the deal ended up being cancelled last minute and the song was added to the album.

The album has enjoyed an enormous amount of praise and critical acclaim, from the time of it’s release to our current time. London Calling was on the Top 10 Album Chart in the United Kingdom, and it’s title track “London Calling” was a Top 20 Single. In 2003, Rolling Stone Ranked it #8 on their Top 500 Albums Of All.

Look the new words in an English dictionary. Don’t translate from English to Spanish. 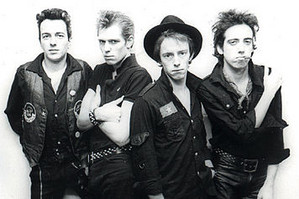 Welcome to this activity created by Learning Advisor Ms. Angélica Yedith Torres Martínez from Coapa Branch. Take note of all the pink words, read the text, watch the video and answer the question in the comment section below.