Get With It is one of the most important compilations for this musician. This compilation was released after his death with his 2 missing CDs at the end of 1998.

Charles Arthur «Charlie» Feathers was born in June 12, 1932 in Holly Springs, Mississippi, U.S., he was an American country music and rockabilly Singer-songwriter, musician. Feathers was known for being a master of shifting emotional and sonic dynamics in his songs. His theatrical, hiccup-styled, energetic, rockabilly vocal style inspired a later generation of rock vocalists, including Lux Interior of The Cramps. Charles dies in August 29, 1998(aged 66) in Memphis, Tennessee, U.S.

His passing was a sad, sad loss, not only to his beloved family and relatives, but also to his many admirers worldwide. Charlie Feathers will be sorely missed. He was a character unto himself, as unique as an individual could be and he made damn sure that all those whose paths he crossed knew it. His music will remain as his legacy, a legacy that could not possibly be copied, as he was so incomparably original. Charlie, you will never be forgotten and may you rest in peace.

Listen to American and British music and TV shows. 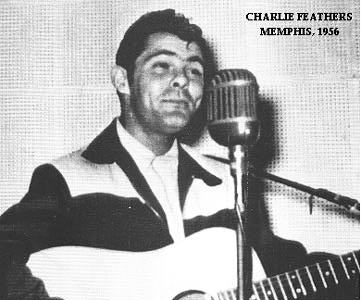 Welcome to this activity created by Junior Advisor Ms. Angélica Yedith Torres Martínez from Coapa Branch. Take note of all the pink words, read the text, watch the video and answer the question in the comment section below.