For fans of England, the abiding memory of Mexico 86 may be Diego Maradona helping the ball over Peter Shilton with his ‘hand of God’.

But the tournament also produced the greatest goal in World Cup history. Maradona dazzled, dribbled and dragged his country to their second tournament triumph at the end of a famous festival of football. However, it was Mexico’s Manuel Negrete who produced the standout moment of the finals.

More than three decades on from his stunning volley against Bulgaria, the former midfielder has beaten off competition from the likes of Dennis Bergkamp, James Rodriguez, and Carlos Alberto to be crowned the scorer of the World Cup’s best ever goal. Supporters from around the world have been whittling down 32 wonder goals to two. But none — not Dennis Bergkamp’s mind-boggling effort against Argentina in 1998, Archie Gemmill’s iconic dribble against Holland in 1978, any of Zico’s wonder strikes for Brazil in 1982, and not even Eder’s outstanding volley against USSR — was considered as good as Negrete’s flying scissor kick. 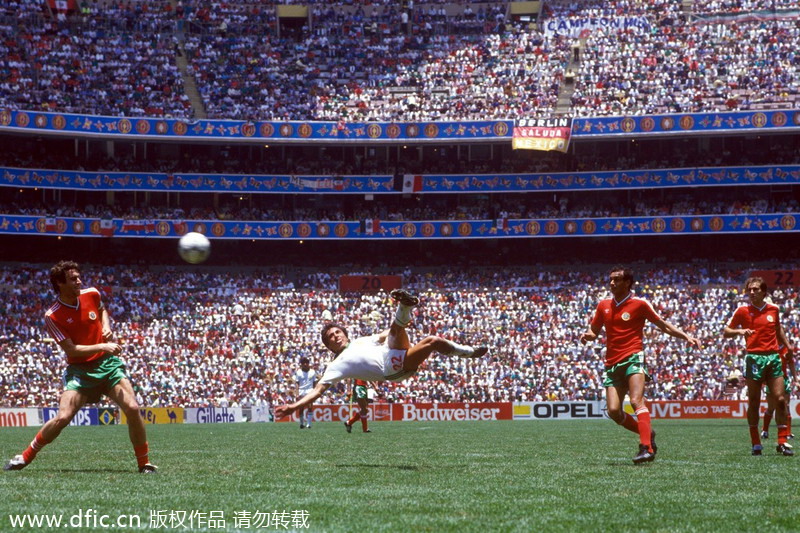 Welcome to this activity created by Regional Leader Mr. Daniel Curiel from Santa Fe Branch. Take note of all the pink words, read the text, watch the video and answer the question in the comment section below.