Behind a placard that read simply «Korea,» athletes from North and South Korea–two nations still technically at war–marched together Friday night in the ceremony opening the Sydney Summer Games. Park Chong Chul, a male judo coach from North Korea, and Chung Un Soon, a female basketball player from the South, led the joint delegation–together grasping a single blue-on-white flag depicting the Korean peninsula, the «flag of unification.»

The two nations formally remain at war, though wide-scale hostilities ended in 1953. The peninsula has been divided at the 38th parallel since 1945. The Koreans mixed for hours, even traveling together on the same buses from the athletes’ village to the stadium. Each Korean marcher wore the same uniform: a blue blazer, with beige pants for men and a beige skirt for women, a white shirt and an orange tie decorated with purple stripes that swirled down to a purple, silver and black picture of a bird.

The Koreans marched halfway around the stadium, took their place in the assembly of athletes and spent the next hour–while waiting for the procession to conclude–taking group photos by the Korea placard. For the onset of competition, the Koreas revert to two different entities, competing under their own flags.

The joint march, the latest step in a fledgling rapprochement between North and South, vividly made real the symbolic power of sports to bring people together.

Watch different sport competitions in English, you will learn new vocabulary and expressions related to those sports. 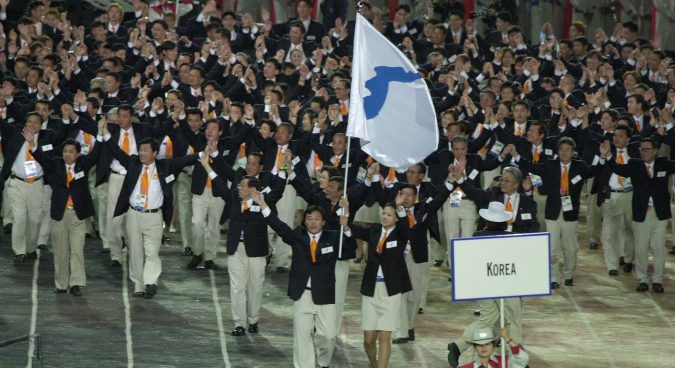 Welcome to this activity created by Learning Advisor Ms. Paulina Lopez Ayala from Polanco Branch. Take note of all the pink words, read the text, watch the video and answer the question in the comment section below.