As the title says it is a dance drama genre from Thailand. It is traditionally performed solely in the royal court by men in masks accompanied by narrators and a traditional “piphat” ensemble. A variation of this genre with female performers is called “khon phu ying”.

Normally a khon story has many characters, the most famous characters in the story are the monkey warriors, Hanuman and Phra Ram.

Modern khon contains many elements from the today includes female performers playing female characters, formerly performed by men. While the ogre and monkey characters wear masks, most of the human characters do not.

Khon is based on the epic tales of Ramakien. It originally could be performed by men only. Women performed only as angels and goddesses. Today women perform as monkeys and demons. In the past, khon was performed only by the royal family, with the sons of the king performing as monkeys and demons.  It stresses the realistic dance moves, especially monkey, which focuses on beauty and fine monkey-like dancing postures. Khon training is begun at a very young age, so that the performer can become flexible enough to do back flips, especially by the monkey character.

Participate in at least one of our activities and go to the Interbranches, it will help you to develop security in yourself. 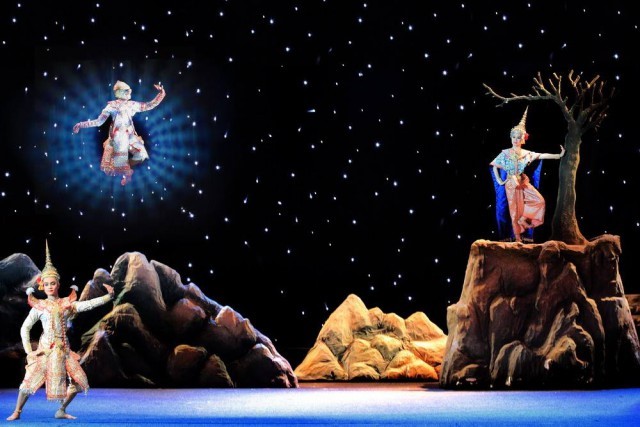 Welcome to this activity created by Senior Advisor Ms. Jeannie Nieto Vázquez from Coapa Branch. Take note of all the pink words, read the text, watch the video and answer the question in the comment section below.