Joe Montana (born June 11, 1956) was an American football quarterback who played in the NFL for 16 seasons, primarily with the San Francisco 49ers. Montana debuted at NFL in 1979 with San Francisco, where he played for the next 14 seasons. During this time, Montana started and won four Super Bowls and was the first player ever to have been named Super Bowl Most Valuable Player three times.

Tom Brady (born August 3, 1977) is an American football quarterback for the New England Patriots of the NFL. He is one of only two players to win five Super Bowls, and the only player to win them all playing for one team. Brady was drafted by the Patriots during year 2000. In Brady’s 15 seasons as a starter, he has quarterbacked the Patriots to eight Super Bowl appearances, the most for any player in history. Brady has been honored with four Super Bowl MVP awards, the most ever by a single player, has won two league MVP, Brady has never had a losing season as a starting quarterback in the NFL. .

Because of their accomplishments and accolades, many analysts and sportswriters consider Joe Montana and Tom Brady to be two of the greatest quarterbacks of all time. However, the debate is open about who is the real GOAT.

If you want to check in detail each player’s numbers check them here. 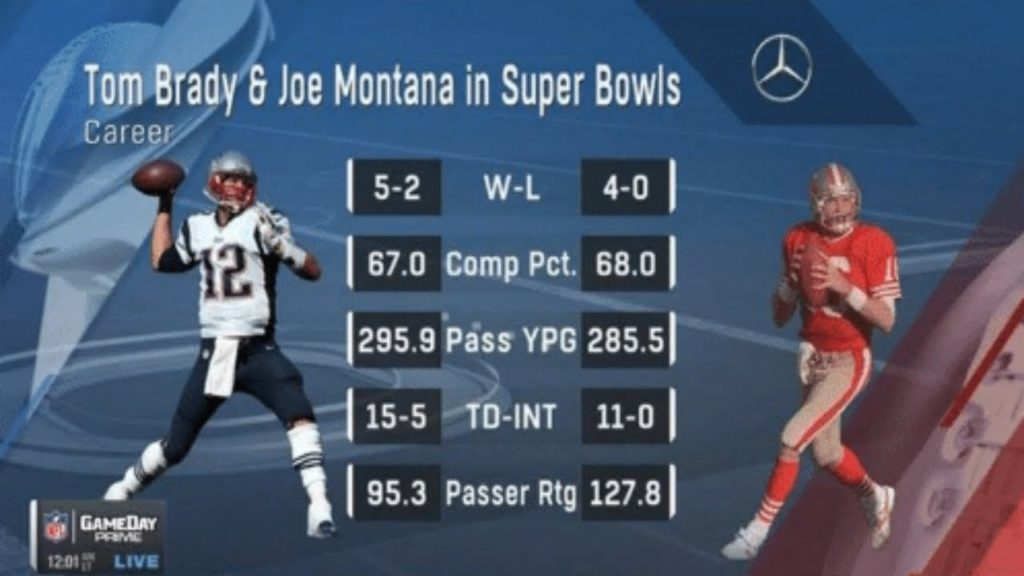