Jingle Bells is the most iconic Christmas song all-time, everybody recognizes this melody and matches it directly with Christmas; but, did you know that the original Jingle bells song was not meant to be for Christmas?

The original version of this song was called “One horse open sleigh”, it was written by American composer James Pierpont between 1850 – 1857, and it was a song for horse races, it was released by Oliver Ditson & Co. on September 16th 1857.

When it was released, it had a different chorus and a classical music style (very similar to the song Jolly Old Saint Nicholas, which was created 50 years before) in other words, it was not a Christmas song. The carol was created for a Thanksgiving dinner, but it was such a success, that they re-played it on Christmas.

In 1859 it was re-released with the title “Jingle Bells, or the One horse open sleigh”, the lyrics were re-written because the original one was considered too racy to be sung by children.

Also, this was the first song played on space.

Singing a song is one of the most efficient ways to improve our listening and pronunciation, we recommend you to match the sounds with the lyrics, so you will start to figure out the sounds of certain words, the meaing by the lyrics context, and the most important, to practice our English skills, if needed, repeat it as many times as you wish in order to master the meaning/pronunciation of the lyrics. 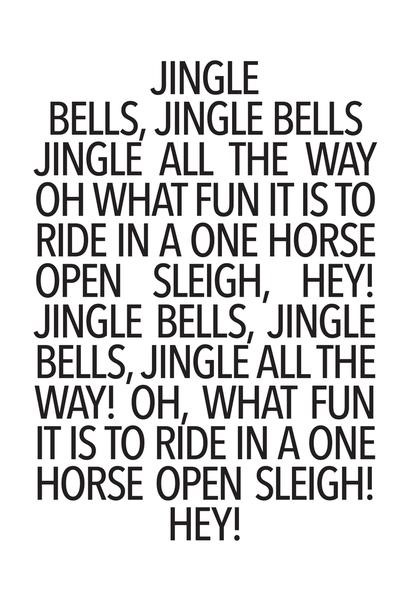 Welcome to this activity created by Team Leader in charge Mr. Rodrigo Valdés Uhthoff from Santa Fe Branch. Take note of all the pink words, read the text, watch the video and answer the question in the comment section below.