In general, these two writing orientations have a clear usage: vertical for something “Japanese”, “traditional”, “novels and other humanistic writings”; horizontal for “contemporary”, “business documents”, “scientific & foreign language related writings” and so on. When a main text is set horizontally, the binding is on the left-hand side, and pages progress to the right, like books in Latin scripts. Traditional books in vertical setting are the other way around, with the binding at the right hand side, and pages progressing to the left. So when you handle a Japanese book, don’t confuse the front with the back!

Members should learn how to write their own names using Katakana characters. 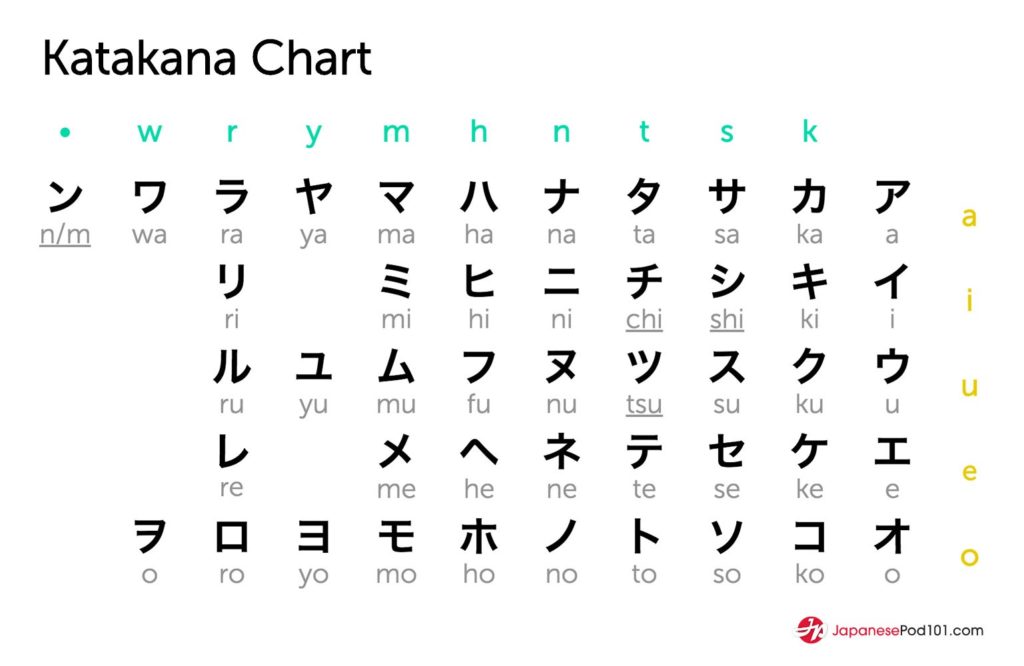