HOW  THE  GRINCH  STOLE  CHRISTMAS is  a  children´s  story  by  Theodor  “Dr. Seuss”  Geissel written  in  rhymed  verse  with  illustrations  by  the  author.  It  follows  the  Grinch,  a  grouchy  solitary  creature who  intends  to  put  an end to  Christmas  by  stealing  Christmas-themed  items from  the  homes  of  the  nearby  town Whoville  on  Christmas  Eve.

After  spending  all  night stealing  stuff from  the  house  of  Whoville,  the  Grich  travels  back  to  the  top of  Mount  Crumpit.  Intending  to  dump  all  the  Christmas stuff  into  the abyss. As  drawn  arrives, the  Grinch  expects  the  people   in  Whoville  to  let bitter  and sorrowful  cries,  but  it  is  confusing  to  hear  them singing  and  a  joyous   Christmas  song instead.  He´s  puzzled  until  it draws  on  him  that maybe  Christmas,  perhaps ,  means  a  little  bit  more  than  just  presents  and  feasting. The Grinch  Shrunken  Heart suddenly  grows  three  sizes.  The  reformed  and  liberated  Grinch  returns  to  the  village  to  give  back  all  of  the Whos Christmas  stuff   and  participate  in  their  Christmas  Feast. 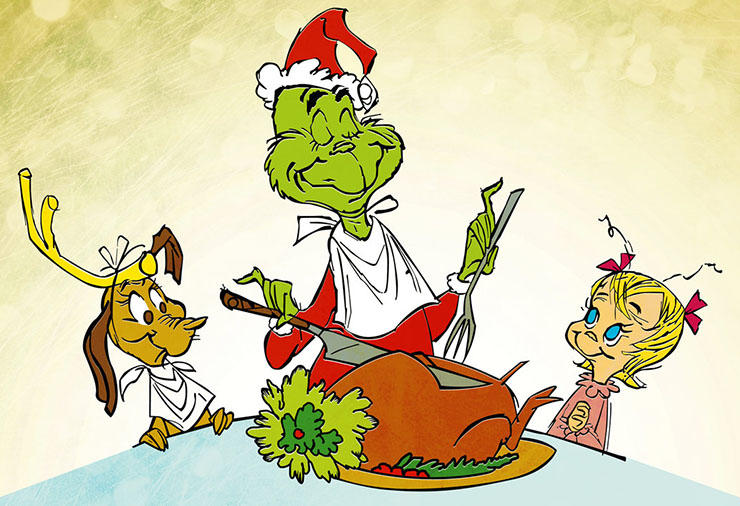 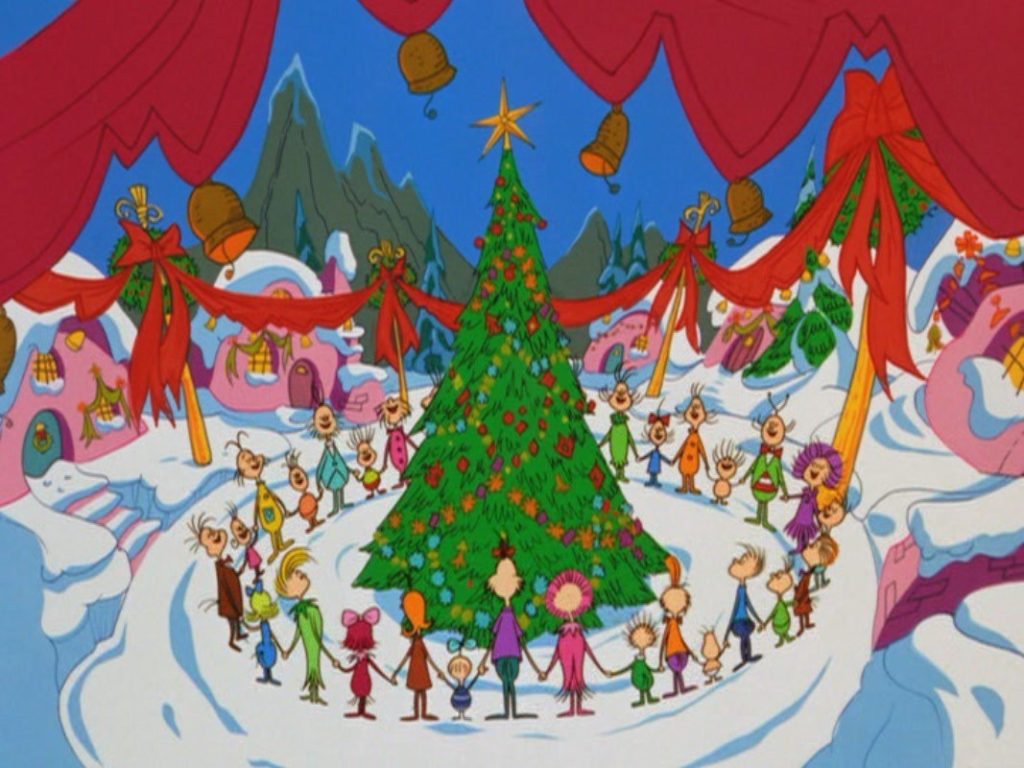 Welcome to this activity created by Team Leader in Charge Juan Guadalupe Vaca Pérez and Junior Advisor Maria Jose Elizalde Davila from Satelite Branch. Take note of all the pink words, read the text, watch the video and answer the question in the comment section below.