Hitachi was founded in 1910 by electrical engineer  in Ibaraki Prefecture. Its first product was Japan’s first 5-horsepower induction motor, initially developed for use in copper mining. It soon became the domestic leader in electric motors and electric power industry infrastructure.

World War II and its aftermath devastated the company. Many of its factories were destroyed by Allied bombing raids, and after the war, American occupational forces tried to disband Hitachi altogether. Founder Odaira was removed from the company. Nevertheless, as a result of three years of negotiations, Hitachi was permitted to maintain all but 19 of its manufacturing plants.

To really improve your English you must practice it every day in order to get results. 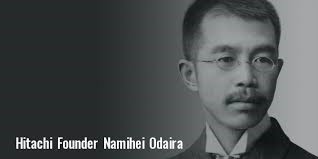 Welcome to this activity created by Learning Advisor Ms. Paulina Garduño Suarez from Coapa Branch. Take note of all the pink words, read the text, watch the video and answer the question in the comment section below.