The Palace of the Facets (Russian: Грановитая Палата, Granovitaya Palata) is a building in the Moscow Kremlin, Russia, which contains what used to be the main banquet reception hall of the Muscovite Tsars. It is the oldest preserved secular building in Moscow. Located on Kremlin Cathedral Square, between the Cathedral of the Annunciation and the Dormition Cathedral. Currently, it is an official ceremonial hall in the residence of the President of the Russian Federation and thus admission is limited to prearranged tours only.

The Palace is so called because, on the East side, the stones of the exterior wall are cut and pointed in a diamond shape, in imitation of that which one sees in Italian palaces. The entry door shows a magnificent gilded frame. The palace lets in light from a double set of windows on three of its sides. The interior is completely covered in paintings and here also one find the Imperial Throne. The ceiling vaults terminate in the center atop an enormous square pillar.

During the first years after its completion this palace was called simply «The Great Palace». There was not, in the example of the ancient gridni of the Grand Dukes (audience halls) such that the first room of the palace was the principal site for the exceptional ceremonies. The Tsar, after his coronation, where here receive congratulations and here he would give a banquet after the holy offices; here he proclaimed the Tsarevich heir presumptive to the Throne; here he consecrated the Patriarchs, Metropolitans and Archimandrites; here he held the great territorial assemblies (zemskie sobory) and it was here that they held the great receptions for the Ambassadors.

If you what to know more about the topic go here and improve your reading skills. 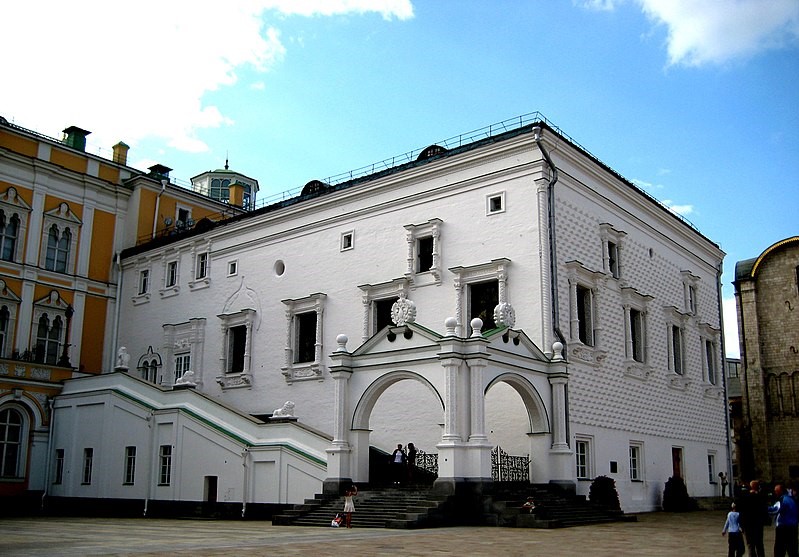 Welcome to this activity created by Learning Advisor Mr. Pedro Cristian Betancourt from Polanco Branch. Take note of all the pink words, read the text, watch the video and answer the question in the comment section below.