Do you know that the percussion is the oldest form of non-vocal music? And as a result of this percussions it reflects many of the social and historical peculiarities that evolve throughout a culture.

Do you know that Korea Music was influenced strong indigenous tradition by Chinese and the Mongols.

In general we can describe Korean music, as an art concerned with combining vocal or instrumental sounds for beauty of form or emotional expression.

Do you know that originally the Grand Drum Ensemble was developed to help farmers be more productive in the fields? This drumming style features performers who move and dance while playing percussion instruments strapped to their bodies, such as the janggo (hourglass drum), buk (barrel drum), jing (large gong) and swe (small gong) and also they perform a few Korean folksongs.

There are a variety of instruments in the ensemble, including Korean versions of the oboe, zither, fiddle, drums, and gongs. The speed is usually slow to mid time, but sometimes they creep up to the pace of a march. Most of the songs are instrumentals, and all appear to be traditional.

Some words can be difficult to pronounce. It will be easier if you repeat them slowly and then at a quicker pace several times. 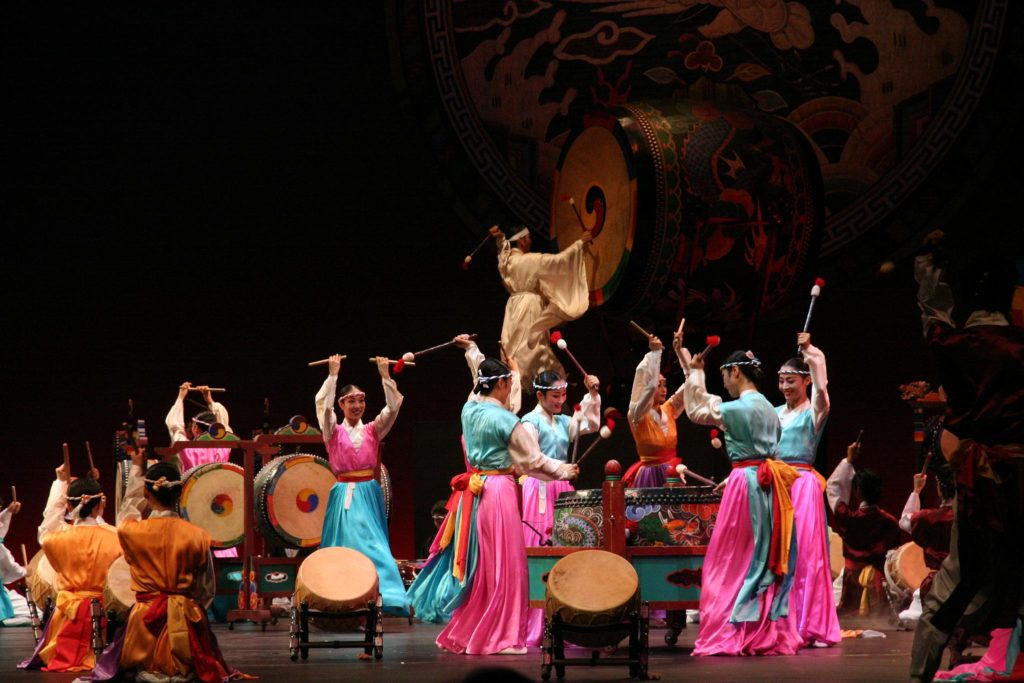