Since its arrival, the cinema has had an important place in every Mexican heart. This invention has created many dreams and portrayed the life, culture, and passion of this culturally rich country. Recently many Mexican filmmakers have had a tremendous success around the world and have stolen the show in every major award ceremony.

After the Mexican Age of Golden Cinema, the production of motion pictures started to diminish. Mexico never stopped completely creating movies but the number decreased significantly and the themes seemed to repeat themselves over and over.

In the decade of 1980’s, Mexican films were focused on escort bars or ‘ficheras’. The plot was the same for almost every movie, about dancers and escorts that showed too much flesh and were involved in a series of crimes or love triangles. There weren’t many options for the audience and a generation of new filmmakers started to emerge.

In recent years, we have noticed a great effort to produce Mexican pictures and to attract the audience once again.

The most famous Mexican directors nowadays are known as the “Three Amigos”: Alfonso Cuarón, Guillermo del Toro and Alejandro González Iñárritu. These Mexican filmmakers have been nominated and are winners of the most prestigious awards. This particular and very talented group of filmmakers started their careers in the 1990’s.

Alfonso Cuarón set history by being the first Mexican and Latin American director winner of an Academy Award for Best Director with Gravity. He started his career path with the movie ‘Sólo con tu pareja’, but his international recognition started with ‘A Little Princess’ which had two Oscar nominations in 1996. 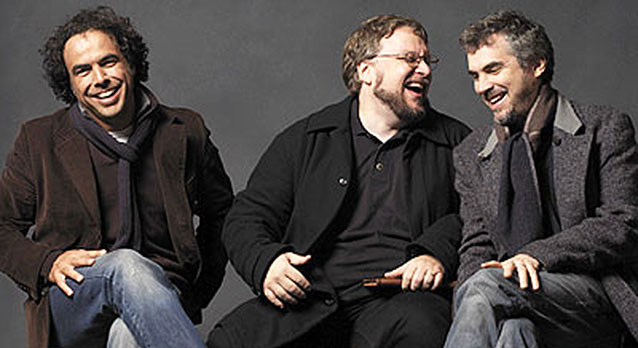 It was with the Oscar Nomination for Best Original Screenplay that he jumped into real fame. ‘Y tu mamá también’ gave Alfonso the opportunity of directing the huge phenomenon of movie franchise, Harry Potter. The third movie became one of the favorites for the fans.

One of the most exquisite scenes of Cuarón’s work is portrayed in the film ‘Children of men’. The use of a custom car rig to achieve a magnificent war scene has been praised by the critics.

Guillermo del Toro has been fascinated by special effects and horror stories since an early age. He started directing short films and TV episodes but his first feature film was ‘Cronos’. Afterwards he was able to direct ‘El Espinazo del Diablo’, ‘Blade II’, and ‘Hellboy’.

However, it was ‘El Laberinto del Fauno’ that gave him critical claim. This film is now considered a masterpiece due to the story, the special effects, and the whole mystical atmosphere around it. This film was nominated for six Oscars and won for Best Cinematography.

Alejandro González Iñárritu officially began his career as a director with the film ‘Amores Perros’. It was nominated for the Oscar for Best Foreign Language Film and won the Critic’s Week Grand Prize at Cannes.

After that, he was given the opportunity of directing ‘21 Grams’ and ‘Babel’. This three films are considered The Death Trilogy due to the dynamic of stories intertwined around an accident.  Nevertheless, it was with ‘Birdman: Or (The Unexpected Virtue of Ignorace)’ that he was able to achieve the highest awards for the first time: the Oscars for Best Writing, Best Director, and Best Picture.

The next Iñárritu’s feature film was ‘The Revenant’ which was awarded with the Oscar for Best Director, Cinematography and Best Actor.

Three consecutive years in a row a Mexican was awarded with the Oscar for Best Director, showing the world the amazing talent hidden in the land of Tequila and Mariachi.