If there’s one thing we know about Giorgio Armani, it’s that messing with him comes with serious consequences. Given his status as one of the world’s preeminent barons of class and sophistication, it’s somewhat surprising that he has been known to take such a defensive approach in different events. And one of his most remarkable friend-foes was fashion legend Gianni Versace.

Gianni Versace was one of the world’s leading fashion designers before his death in 1997. Along with his family, he created the Versace fashion empire that continues to dominate the industry today. Less than a week before he was murdered, Versace presented his final collection at the Ritz Hotel in Paris allowing the world to see him one last time.

The name Versace continues to dominate pop culture and the fashion world 20 years after Gianni’s death. In 2012, designer Giorgio Armani wrote of the designer: “Fifteen years after his death, what I remember of Gianni Versace? His incredible exuberance, a sense of happiness that mixes everything—ideas, trends, memories, art—with a sort of nonchalant vitality. He was a great creator.» No doubt we are talking about two huge rockstars in the fashion design world.

Browse in internet websites in English, that way you´ll get familiar with your interest topics and trending ideas. 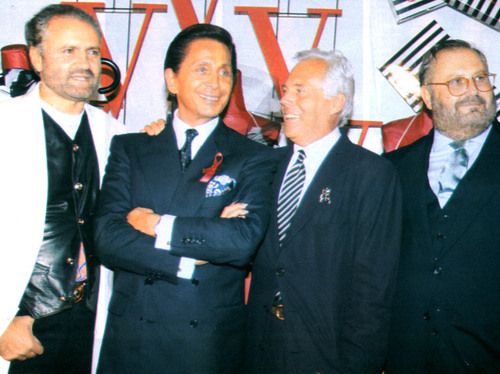 Welcome to this activity created by Senior Advisor Mr. César Enriquez from Santa Fé Branch. Take note of all the pink words, read the text, watch the video and answer the question in the comment section below.