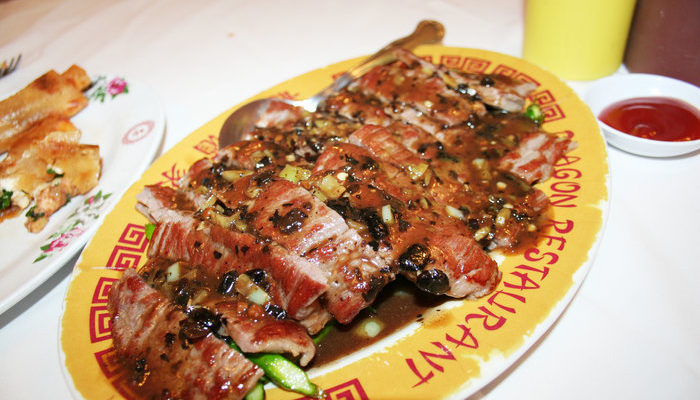 You may think that the Chinese-Mexican food fusion is something utterly new but history says otherwise. The exotic flavors of the Chinese cuisine arrived to Mexico many years ago and its ingredients even further – they arrived with the Spanish trading ships- and its influence has marked our food since then.

Rice for instance wasn’t an endemic Mexican ingredient, it arrived with the traders of New Spain, but now we find it in almost every Mexican meal. We can’t help having the traditional fried rice with tomato sauce as a sider with mole poblano or roasted beef or even have some simple tacos of it. 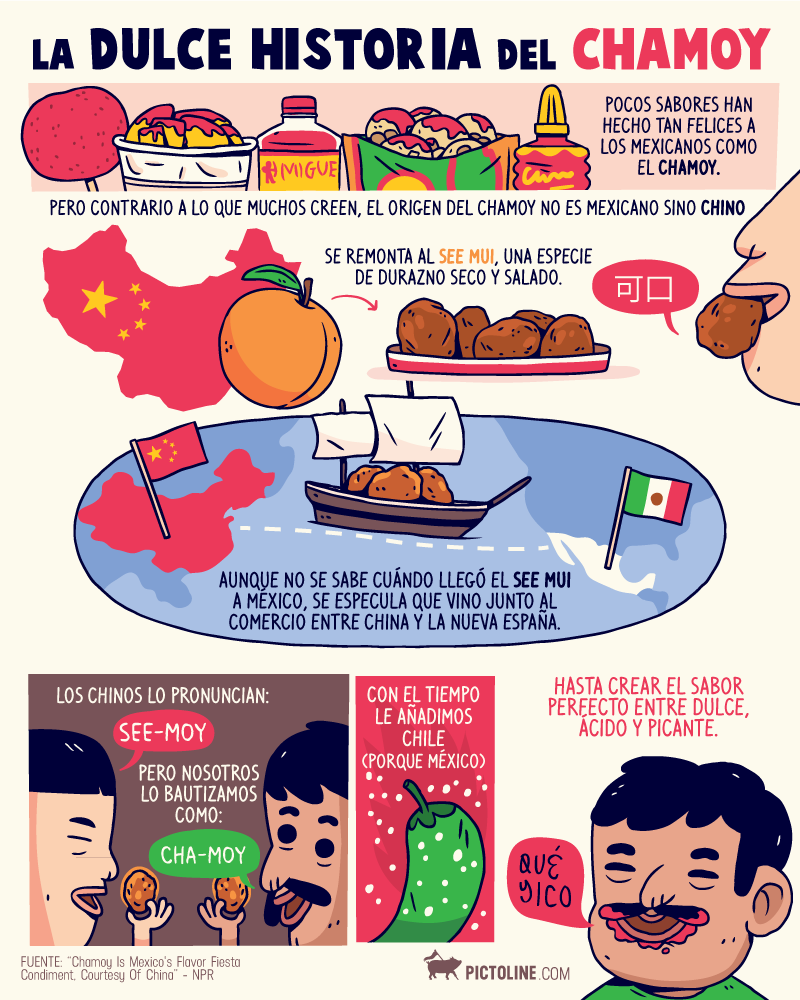 However, there’s an ingredient – I must confess I didn’t know about either- it comes actually from China: chamoy. Although it’s not certain, the chamoy goes back from the ‘See Mui’ a kind of apricot. So, as everything in Mexico, we added some chili and hibiscus (jamaica, to get the red color).

Nowadays it’s a really popular product in Mexico, we use it to give a sweet, salty and spicy flavor to fruits or even beers.

Nevertheless, there’s more about the fusion of Chinese-Mexican food. Back in the XIX century in the United States, especially in California, there was a big population of Chinese immigrants. The main reason was the different projects some companies had back then who, of course, were looking for cheap labor.

Many immigrants settled in California and Baja California, particularly in Mexicali. The former Mexican president Porfirio Diaz signed a treaty to improve the country’s problems with immigration. With this treaty all Chinese people were able to enter, live and work in Mexico.

This opportunity wasn’t taken for granted, especially when the U.S. government banned the entrance to all Chinese immigrants. Some of the population went to Cuba or South America, but some others stayed in the border and established stores and restaurants.

Due to the scarcity of Chinese ingredients in Mexico, cooks had to improvise many of their traditional dishes and most importantly they had to adapt to Mexican taste buds. They started using chilis or jicama and created a new Chinese-Mexican food fusion. Out of this situations the largest Chinatown in Mexico was born: la Chinesca.

Nowadays we can try out this delicious fusion in Mexicali and taste ‘chiles asados’, yellow deep-fried chilis that are served with lemon sauce. Or maybe you would like arrachera tacos with asparagus and black bean sauce in ‘El Dragon’ restaurant.

In California you can also taste chimichangas, burritos and tacos with all the Mexican-Chinese-American flavor, why not? And if you live in Mexico City you don’t have to go far to try out this fusion. It takes a little trip Downtown and you’ll find the smallest Chinatown in the world. There you can visit the oldest Chinese restaurant in the city: ‘Shangai’.

Almost in every part of the city you can find a Chinese restaurant or buffet which serves coffee with boiling milk and sweet rolls. There you can find Mexican and Chinese food under the same roof and this traditional café goes back to this big wave of Chinese immigration.

Have you tried this old fusion out and didn’t notice?