The art and tradition of the Chinese fan dance have captivated audiences for two thousand years. Just one of many forms of traditional folk dances, fan dances has been preserved to share the stories and beauty of Chinese culture.

Chinese Fan Dance the Chinese fan dance is performed in celebration of Chinese culture. It represents beauty, grace and delicacy, according to the Chinese educational development project. It also expresses feelings of joy. The dance is composed of consistently changing rhythms paired with consistency changing body positions. Feather fans and silk both are part of the traditional Chinese dance that has its roots in the Han Dynasty, circa 206 B.C.

Chinese dance was divided into either civilian or military dance and their movements can vary based upon the classification. Civilian fan dances tend to be more flooring and detailed, celebrating grace and beauty. They derived from early dances celebrating the distribution of the food gathered from hunting and fishing; people would dance holding feathered banners. The military dancing was done with weapons, in coordinated group movements. This evolved into the movements used in military exercises. 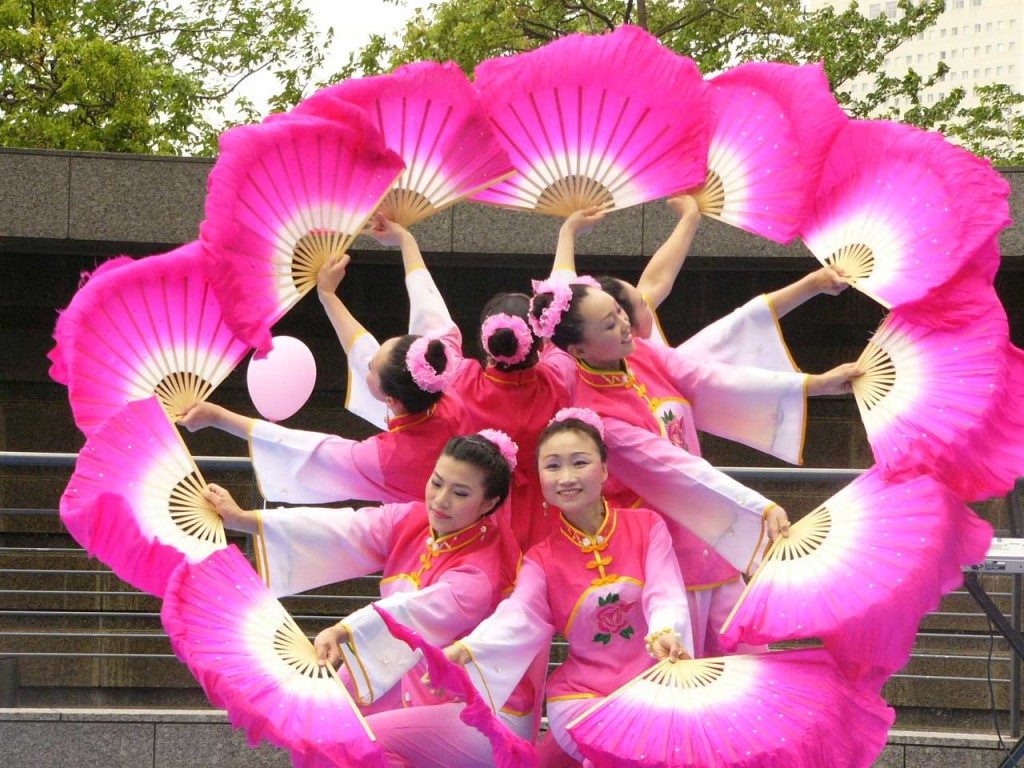 Welcome to this activity created by Learning Advisor Mr. Jon Valle from Polanco Branch. Take note of all the pink words, read the text, watch the video and answer the question in the comment section below.