Chuck Berry (1926 – 2017) was an American singer, songwriter, musician, and one of the pioneers of rock and roll music.  Berry refined and developed R&B into the major elements that made rock and roll distinctive. Writing lyrics that focused on teen life, and developing a music style that included guitar solos, Berry was a major influence on subsequent rock music.

Berry was among the first musicians to be inducted into the Rock and Roll Hall of Fame on its opening in 1986 and was ranked fifth on the Rolling Stone magazine’s list of the 100 Greatest Artists of All Time in 2004 and 2011.

Elvis Presley (1935 – 1977) is considered one of the most significant cultural icons of the 20th century, he is often referred to as the «King of Rock and Roll» or simply «the King».

His music career began in 1954. Presley was a pioneer of rockabilly, an up-tempo fusion of country music and rhythm and blues.  Presley’s single, «Heartbreak Hotel», was released in January 1956 and became a number one hit in the United States. He immediately became the leading figure of the newly popular sound of rock and roll. His sexually provocative performance style made him enormously popular. He died in 1977, at age 42.

If you want to check in detail each player’s numbers check the following link. 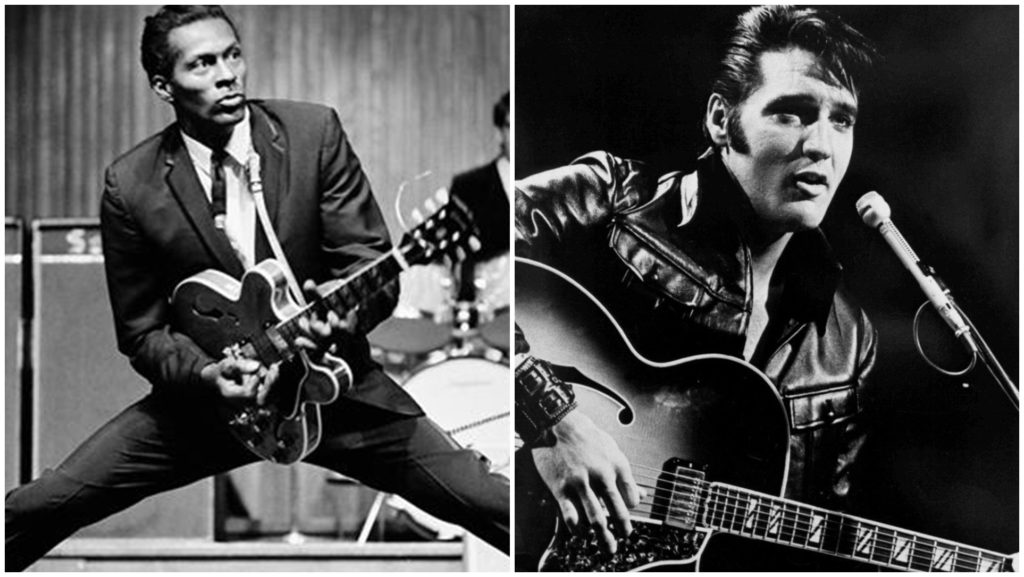