Considered one of the seven wonders of the ancient world, the Egyptian Pyramids are undoubtedly a place we must see before we die. The Pyramids of Giza are an exceptional exhibit of the human ability for architecture with almost 4,000 years old.

Located near Cairo, the Great Pyramid was approximately constructed in 2584 BC and was built for the Pharaoh Khufu. It was considered the tallest structure made by humans until the Eiffel Towers was finished in 1889. It has a height of 146 meters and base of 230 meters, it was built with over two million blocks of stone. There are several theories about how they were constructed.

The other two pyramids of Giza were built for Khufu’s queens, that’s why they’re aligned. The pyramid’s shape represented the rays of the sun to help the pharaohs’ souls ascend the heavens and join the gods. It is said that the pyramids were created when the pharaoh started his reign and the construction lasted two decades.

There are many things to see and learn about in Cairo as well like the Muhammad Ali Mosque, the Cairo Citadel, the Al-Azhar Park and of course the Egyptian Museum. Not far from this site, you can find the colossal Great Sphinx which dates back to the reign of King Khafre. This sphinx, of a man in a lion’s body, is one of the most famous features of Giza and Egypt and is among the world’s largest sculptures.

Read about the Egyptian gods and discuss your favorite with your fellow members. 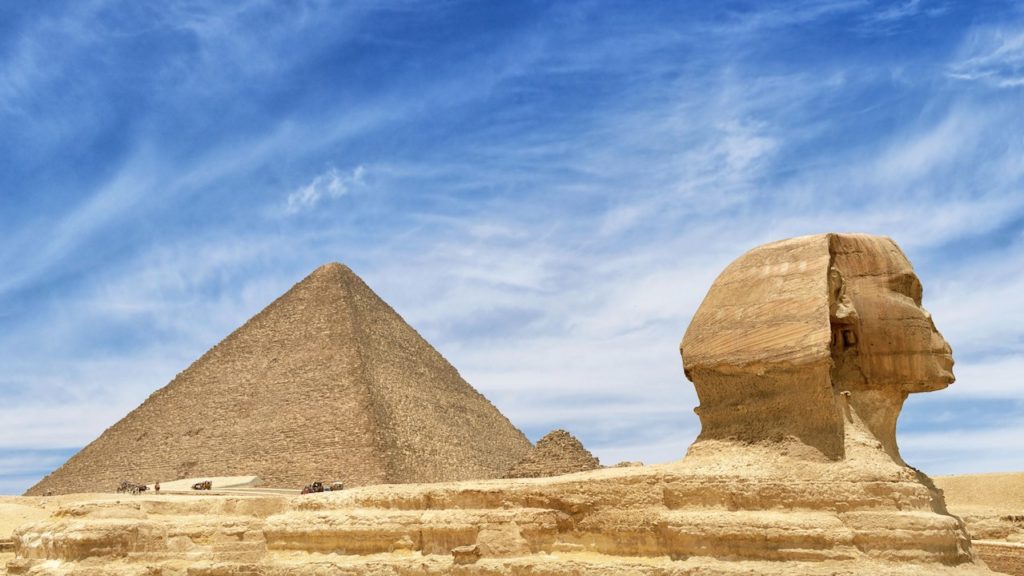