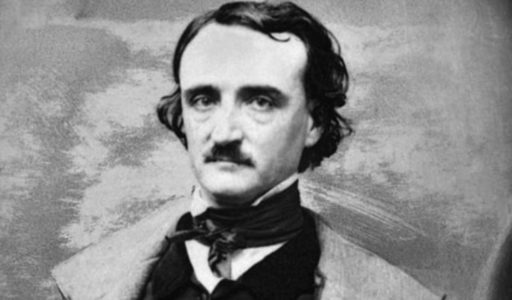 He’s considered one of the masters of suspense. The stories of the famous Edgar Allan Poe still prevail in the nightmares of many. He was a writer, poet, editor and literary critic born in Boston, Massachusetts in 1809.

His work was so creative and imaginative that originated the modern detective genre. Many of his literary works are now considered classic, like “The Tell-Tale Heart” and “The Murders in the Rue Morgue”. This tales combine mystery, horror, fact and fiction. He explored through his work, his own vision about dreams and nightmares and that vast universe inside of us and the potential it has.

Born into a family of professional actors, Edgar’s mother died and his father abandon them at a very young age. He and his brothers were sent to different families to live with. Edgar was welcomed by the Allan family and even though they never officially adopted him, they took care of him like their own son.

He had a troubled life and his poems and short stories resembled the chaos within. When he was 13, he already had written many poems but his foster father discouraged him due to his intentions of making Edgar follow the family business. And even when he was an excellent student in college, he didn’t have enough funds to pay it and had to gamble to earn some money. However, he ended up in debt and was forced to drop out of school.

He published his first book in 1827 and a bit later he joined the U.S. Army. On account of his poor handling of duties, he was kicked out. Because of this, he had many disputes with his foster father at the point of being left out of his will. In 1831, Poe lived in Baltimore with his aunt Maria Clemm and his cousin Virginia. He was living in poverty but he found comfort with this part of his family and started to publish short stories in the Saturday Visiter, in which he won a contest that let him eventually gain a position at the Southern Literary Messenger.

Edgar married his cousin Virginia at the age of 27 when she was about 13. In despite of the differences of age, they were happy. Even when he was many times awarded for his career, he had many financial struggles.

Later on, he became famous thanks to poems like “The Raven” in 1845, one of his most transcendent works. He was able to run his own magazine and keep writing. Nevertheless, his personal life was chaotic between alcohol and other women. This facts made him leave the city with his wife and live in a small cottage in the country.

Unfortunately his wife Virginia died of tuberculosis in a cold winter of 1847. The death of his wife devastated Edgar and all his life started to go downhill. Two years later, on October 7 of 1849, Poe passed away under strange circumstances. The real cause of Edgar Allan Poe’s death was a total mystery and nowadays there’s still no concrete answer.

The chaos, drama and nightmares of Poe’s life, gave in result an extraordinary collection of short stories and poems that stills surprises the audience until our days. The creativity of his work has transcended in time almost two centuries.