Diego Armando Maradona is one of the greatest players in the history of the game – many even regard him as the greatest. He was a brave and natural born leader on the field, a streetwise character who could pull a rabbit out of the hat at any stage of the game. Short, stocky and left-footed with awe-inspiring ball control, dribbling, passing and playmaking skills, made him almost impossible to contain at his best. And the world got to see him at his peak in the 1986 World Cup. His tournament contribution to Argentina’s triumph has been generally accepted as the best in history by a single player of any World Cup.

He was born in Buenos Aires and grew up in the shantytown of Villa Fiorito in a large family as one of eight kids. Playing for Los Cebollitas (The little onions), Maradona quickly made a name for himself as a wonderboy with unbelievable ball skills. He received national recognition as a 10 year-old entertaining crowds with ball juggling at half-time breaks. A television crew once interviewed him during those years and he said: «I have two dreams: To play in the World Cup and to win it.»

Right in the middle of those build-up years at Napoli, there was the 1986 World Cup in Mexico. The crowning moment of Maradona’s career. Against England in the quarterfinal he showed both sides of himself within few minutes; the clever cheater and the genius talent. A cheeky handball goal which he later said was the Hand of God, and then his amazing dribbling run of 60 yards regarded as the greatest World Cup goal in history. Two more goals by Maradona against Belgium in the semifinal was followed up by a 3-2 win against West Germany in the final, including an assist to Jorge Burruchaga’s deciding goal. Maradona was voted Golden Ball winner as best player and even World Athlete of the Year 1986 by United Press International.

After failing a drug test for cocaine in March 1991, the career went on a downward spiral. He was suspended for 15 months, made comebacks for Sevilla and Newell’s Old Boys later and looked to have things sorted out after promising performances at the 1994 World Cup in USA, only to be tested positive again, this time for ephedrine.

Read about the best player for the World Cup until you become an expert. 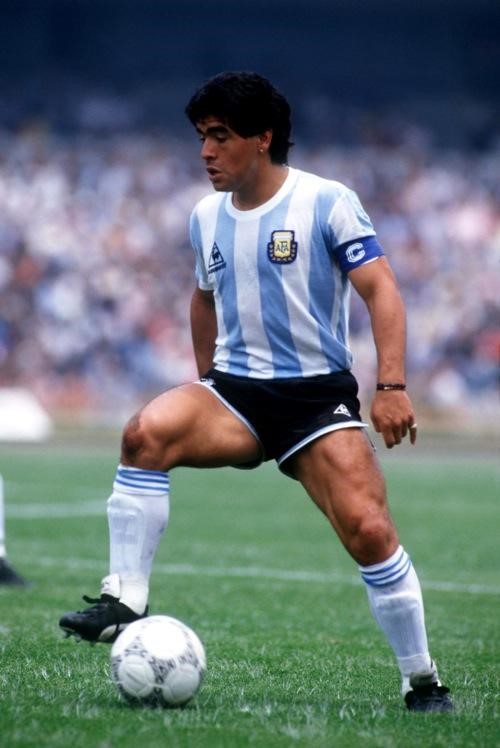 Welcome to this activity created by Learning Advisor Ms. Alejandra Gutiérrez from Reforma Branch. Take note of all the pink words, read the text, watch the video and answer the question in the comment section below.