David Bowie was a Legendary British rock star. He died one Sunday, after an 18-month battle with cancer. He was 69. While fans probably know him as Ziggy Stardust and the voice of classic songs like “Heroes,” “Let’s Dance” and “Under Pressure,” you should listening these songs.

Something strange passed with his left eye. We could say that it is one of his most famous characteristic. His left eye looked like seemed different color because he got punched in the face in a fight over a girl when he was 15.

Ziggy Stardust is the greatest science fiction album of all time, everybody say that. It is about a rock opera about an alien who comes to earth in its final days and becomes a rock n’ roll messiah doesn’t just hold up today, it has just been a brilliant even today as it was when Bowie released it 44 years ago. The album is technically about an alien who comes to earth in the planet’s dying days with a message of peace, love and sex, but who is destroyed by his fame and his fans; however, that barely scratches the surface of Bowie’s joyous, somber, sexy, messianic, apocalyptic masterpiece. 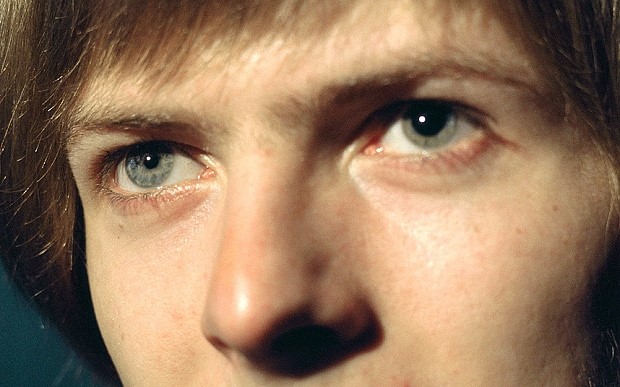 Welcome to this activity created by Learning Advisor Mr. Adolfo Maldonado from Narvarte Coapa. Take note of all the pink words, read the text, watch the video and answer the question in the comment section below.