Nowadays, the term «dim sum» (點心 in written Chinese, and pronounced dian xin in Mandarin) is a meal—usually taken on a weekend morning—that encompasses a vast roster of small dishes selected from carts. In the beginning, dim sum was a verb that merely meant “to eat a little something.” Cantonese dim sum culture began in tearooms in the latter half of the nineteenth century in the city of Guangzou, possibly because of the ban of opium dens. It spread and gained popularity—especially in nearby Hong Kong.

The sort of dim sum restaurant we’re familiar with today in the West originated in Hong Kong in the mid-1950s. These Hong Kong parlors had areas for banquets and even mah-jongg games, and carts pushed by “aunties” (a’sam). The unique culinary art dim sum originated with the Cantonese in Guangzhou (or Canton), who over the centuries transformed yum cha from a relaxing respite to a loud and happy dining experience. In Hong Kong, and in most cities and towns in Guangdong province, many restaurants start serving dim sum as early as five in the morning. It is a tradition for the elderly to gather to eat dim sum after morning exercises.

For many in southern China, yum cha is treated as a weekend family day. More traditional dim sum restaurants typically serve dim sum until mid-afternoon. However, in modern society, it has become commonplace for restaurants to serve dim sum at dinner time; various dim sum items are even sold as take-out for students and office workers on the go.

If you want to learn how to order dim sum at a restaurant, read how to here and here. Check where to find dim sum in Mexico City here.

Have you tried Cantonese dim sum before? If so, did you like it, or not? If you have not tried it, would you like to? Why? 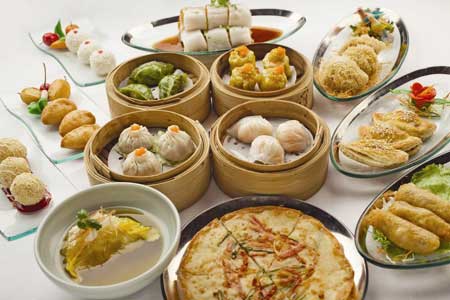 Welcome to this activity created by Learning Advisor Ms. Alejandra Gutierrez Velazco from Reforma Branch. Take note of all the pink words, read the text, watch the video and answer the question in the comment section below.