One of Moscow’s most symbolic attractions, the Bolshoi Theatre is known to everyone who has ever seen a hundred rouble banknote. Repeatedly hit by fire, the theatre has been rebuilt many times and survived several regime changes, but is still considered one of the greatest and oldest ballet and opera companies in the world.

The name comes from the Russian word, «Bolshoi,» which means either «large» or «grand.» In Moscow and St Petersburg, there were only two theaters, one of them intended for opera and ballet and another one for tragedies and comedies. As opera and ballet were considered nobler than drama, the opera house was named the «Grand Theater» and the drama theater, or «Small Theater» was known as the «Maly» theater.

The Bolshoi has been home to some of the world’s greatest dancers and directors. Russian ballet and opera have produced some of the great cultural high points in world history.

Nowadays Bolshoi is one of the leading ballet and opera companies in the world. The imposing home of the internationally-famed Bolshoi ballet and opera was constructed in 1824 by Osip Bove, though the company itself was begun in 1773 as a dancing school for the Moscow Orphanage.

Check the extraordinary performance that the ballet has done so far, toured all over the world. 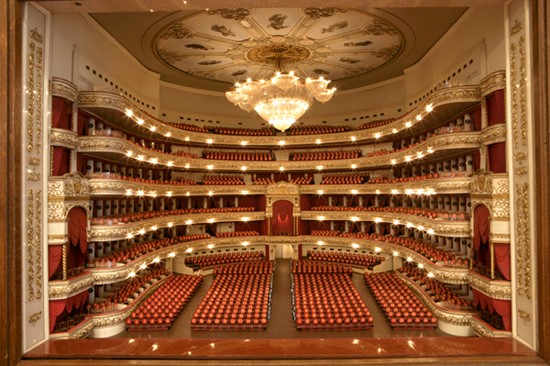 Welcome to this activity created by Junior Advisor Ms. Areli Gallaga from Reforma Branch. Take note of all the pink words, read the text, watch the video and answer the question in the comment section below.