Balalaika is a traditional Russian instrument with a wooden triangle-shaped body and three (or rarely six or four) strings. It is sometimes called a “Russian three-string guitar.”

For centuries, balalaika was a popular village folk instrument played by skomorokhs (a kind of jester-musician) to entertain people. Together with garmon’(accordion) balalaika is a Russian symbol. Different characters from Russian folklore, especially bears, often play the balalaika.

Symbolic triangle; some researchers suppose that the three sides and three strings of the balalaika may symbolize the Holy Trinity. But this theory is rather weak: at different times in Russian history the instrument was banned by the Church and, moreover, musical instruments are not allowed in the Orthodox liturgy.

A more credible explanation for the triangular shape of the Russian balalaika is that it was initially made from a pumpkin: quarter a pumpkin and you get a balalaika shape!

In Russia and beyond; Growing interest in Russian folk instruments from outside Russia has enhanced the popularity of the balalaika. The balalaika has been well known in North America since the beginning of the 20th century, when the Russian Balalaika Orchestra first toured the continent. Over the past half-century a number of balalaika associations have been set up in different corners of the planet.

If you have any doubt about the meaning of the words ask your Learning Advisor or comment with other members. 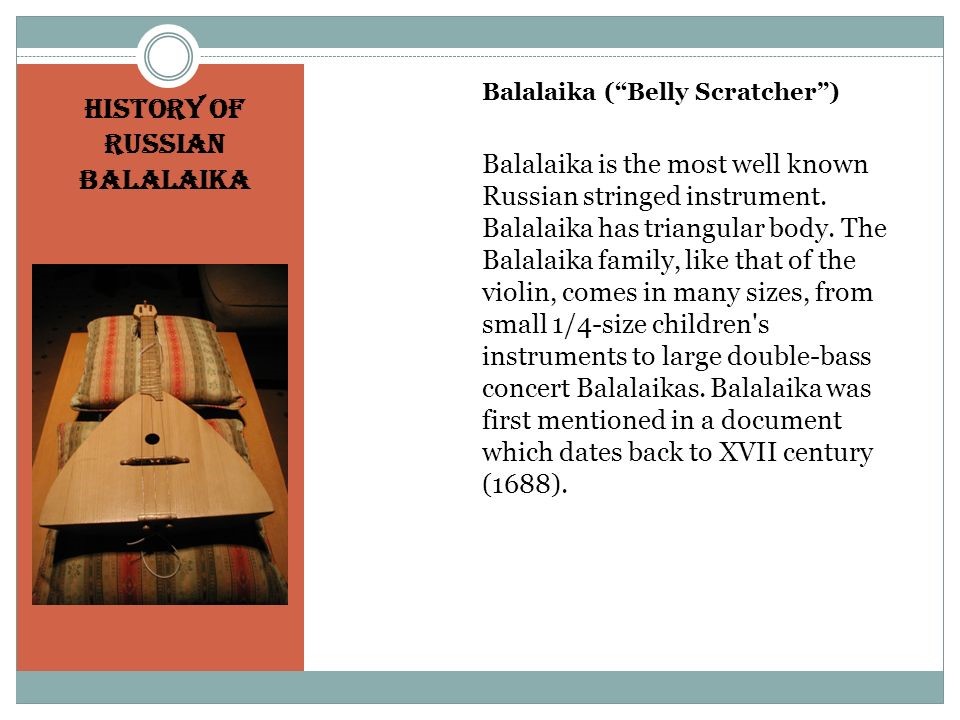 Welcome to this activity created by Learning Advisor Ms. Mercedes González from Coapa Branch. Take note of all the pink words, read the text, watch the video and answer the question in the comment section below.