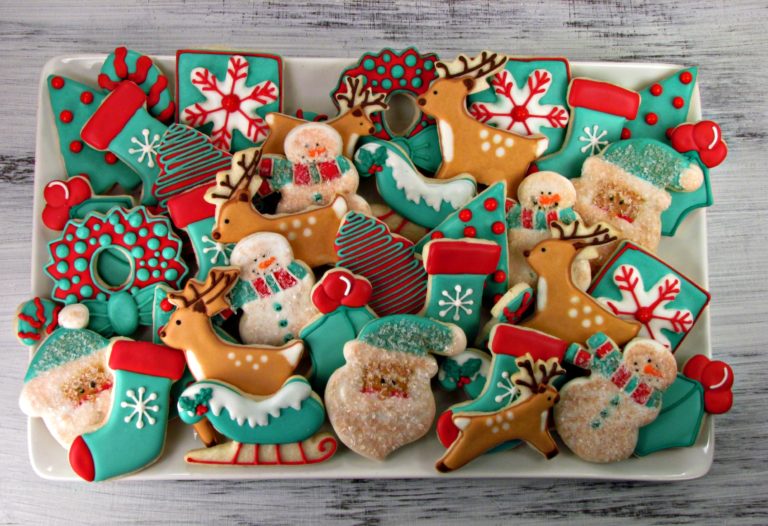 It’s tradition of this time of the year to bake Christmas cookies for all your friends and family. However, do you know the origin of this sweet custom? If you have been reading your blog, you might have an idea already.

The changing of every season has been a motive to celebrate in many cultures. In the case of winter, people used to celebrate what the year has given them and pray for a gentle season or even to survive the harsh weather.

This celebrations normally were around food and, in winter, it was something really important to feast in order to endure the famine of the season. People truly had to keep a reasonable amount of resources to be able to survive. Feasts included hearty roast and beverages that were fermented a spring before. The final touch to a delicious dinner was and still is, the dessert.

In the middle ages the pastries were strongly spiced. They used cinnamon or nutmeg and began using exotic ingredients like dates, apricots or citron. It was so expensive to get these spices that they were only used for important parties.

For practical purposes it was better to give small cookies to the family and friends as a gift, instead of a whole cake. This is one of the main reasons why this tradition exists. The traditional flavors back then are now the flavors we identify Christmas with. Like ginger, which with by using molasses instead of refined sugar gave it another touch.

The gingerbread was the first cookie related to Christmas. This European tradition arrived to America with the Dutch settlers and now we can see it in many places. The way to bake evolved with the use of ingredients, but the meaning is still the same: to give a sweet and warm treat to your beloved ones.

The tradition passed on through generations and the flavors and smells are now associated with Christmas. What especial dishes do you do with your family on this holiday season?