Baba Yaga, also known as Baba Iaga, is one of the most famous witches in Slavic folklore. She is a popular figure in children’s fairy tales, and was one of the common stories of the Russian oral tradition. Her origin is part of her mystery. She is listed amongst ancient figures from Slavic tradition.

“Baba Yaga” has a variety of meanings. Baba has been translated as old woman, hag, or grandmother, depending on which Slavic language is being referenced. Yaga or Iaga has no definitive scholarly consensus. The word means horror and shudder in Serbian and Croatian, anger in Slovenian, witch in old Czech, wicked wood nymph in Modern Czech, witch and fury in Polish, and serpent or snake in Sanskrit.

The Russian witch is described as a deformed, scraggly old woman with bony legs, a very long crooked nose, piercing cold eyes, and iron teeth. Her demeanor is powerful and unpredictable. Her intention is to instill fear and guarded respect in anyone who encounters her. Every body part of the Baba witch is grotesque.

Also look for some tales about Baba Yaga and read them to increase you vocabulary and feel a little bit of fear. 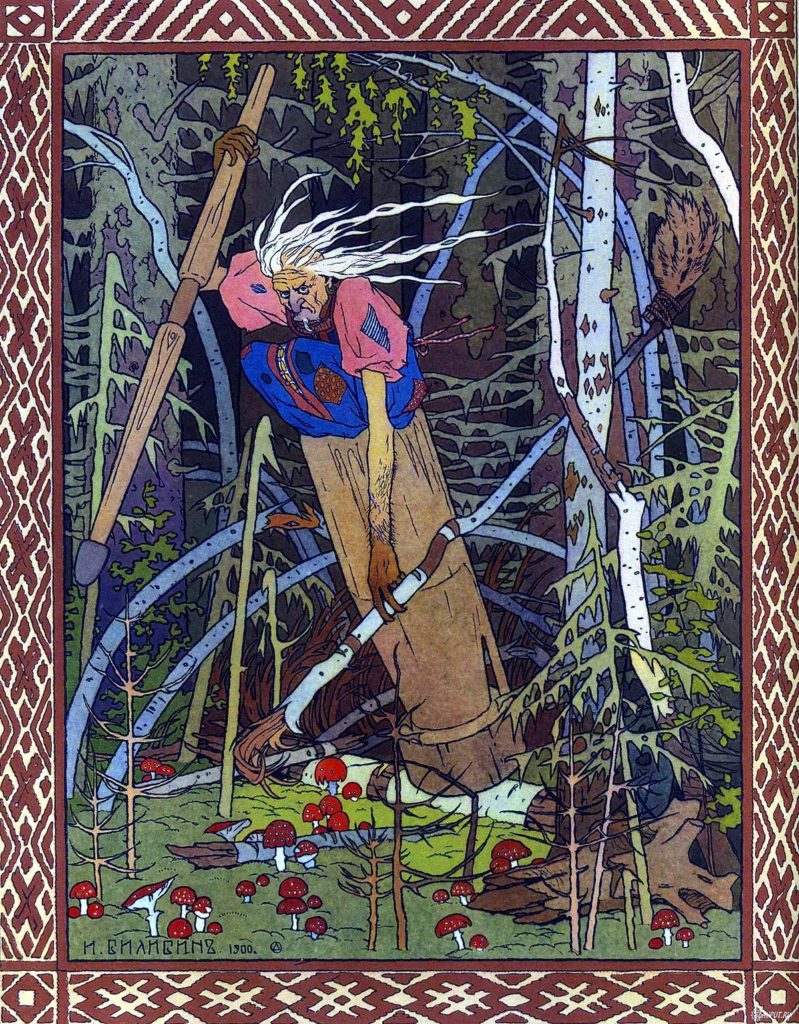