“A Visit from St. Nicholas”, more commonly known as “The Night Before Christmas”, is a poem attributed to Clement Clarke Moore. Some now believe it was written by Henry Livingston Jr.

On Christmas Eve night, while his wife and children sleep, a father wake up because of noises outside his house. He looks through the window and he sees Santa Claus (St. Nicholas) in his flying sleigh pulled by eight reindeer arriving to the roof of his house. Santa enters the house through the chimney, carrying a sack full of toys.

The father follows Santa around the house. He witness Santa doing his job and how he leaves saying “Happy Christmas to all, and to all a good night”.

Reading is a great way to learn vocabulary and practice your understanding. It’s highly recommendable to read every day, you can start with short stories. 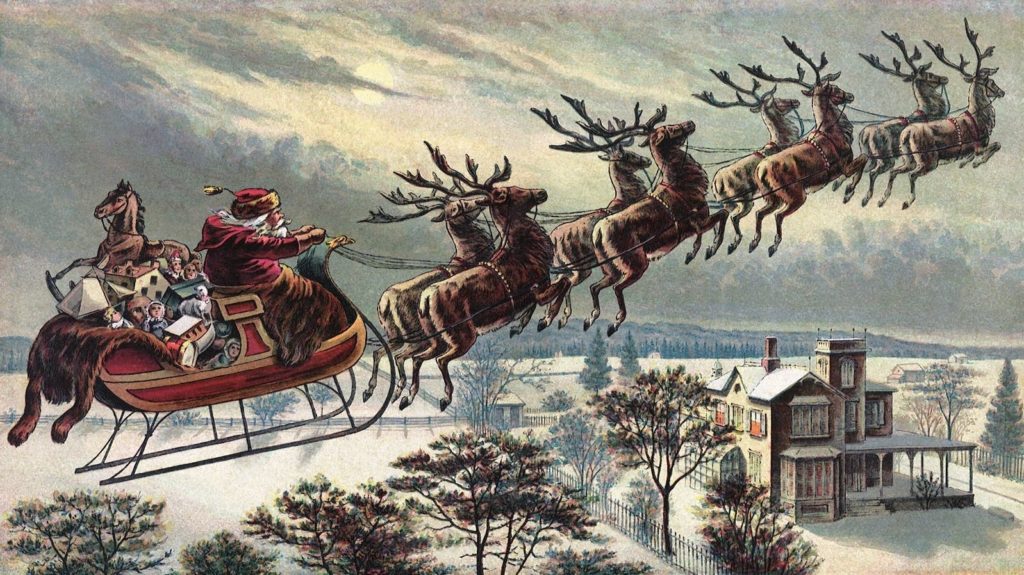 Welcome to this activity created by Junior Advisor Ms. Maria Isabel Nava Espinosa from Cuernavaca Branch. Take note of all the pink words, read the text, watch the video and answer the question in the comment section below.