TNK-BP Holding is a Russia-based vertically integrated oil company. The Company is involved in the exploration and production of crude oil, in addition to distribution and marketing of oil and petroleum products. TNK-BP Holding is active on the territory of various Russia’s hydrocarbon regions in the West Siberia, Volga-Urals, East Siberia and the Far East.

BP first opened its representative office in Moscow in 1990. In 1997, it purchased a 10% interest in Sidanco, then Russia’s 4th largest oil company. In 2003, BP merged its interests in Russia with those of TNK to create TNK-BP, a successful connection venture employing around 50,000 people and operating in nearly all of Russia’s major hydrocarbon regions.

TNK-BP Holding sells its products, on the domestic market, as well as exports them to Europe and the Commonwealth of Independent States (CIS) countries. On the 22nd of November 2012 the Russian Federation approved BP’s acquisition of 5.66% of Rosneft from the Russian state. BP’s overall support of the local social, cultural, educational and charity projects has been the largest among foreign companies operating in Russia.

Read about the oil company in Mexico and comparing. 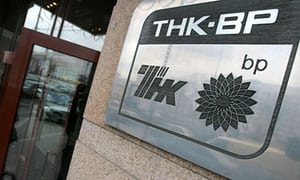 Welcome to this activity created by Team Learning Advisor Ms. Gabriela Reyes from Coapa Branch. Take note of all the pink words, read the text, watch the video and answer the question in the comment section below.